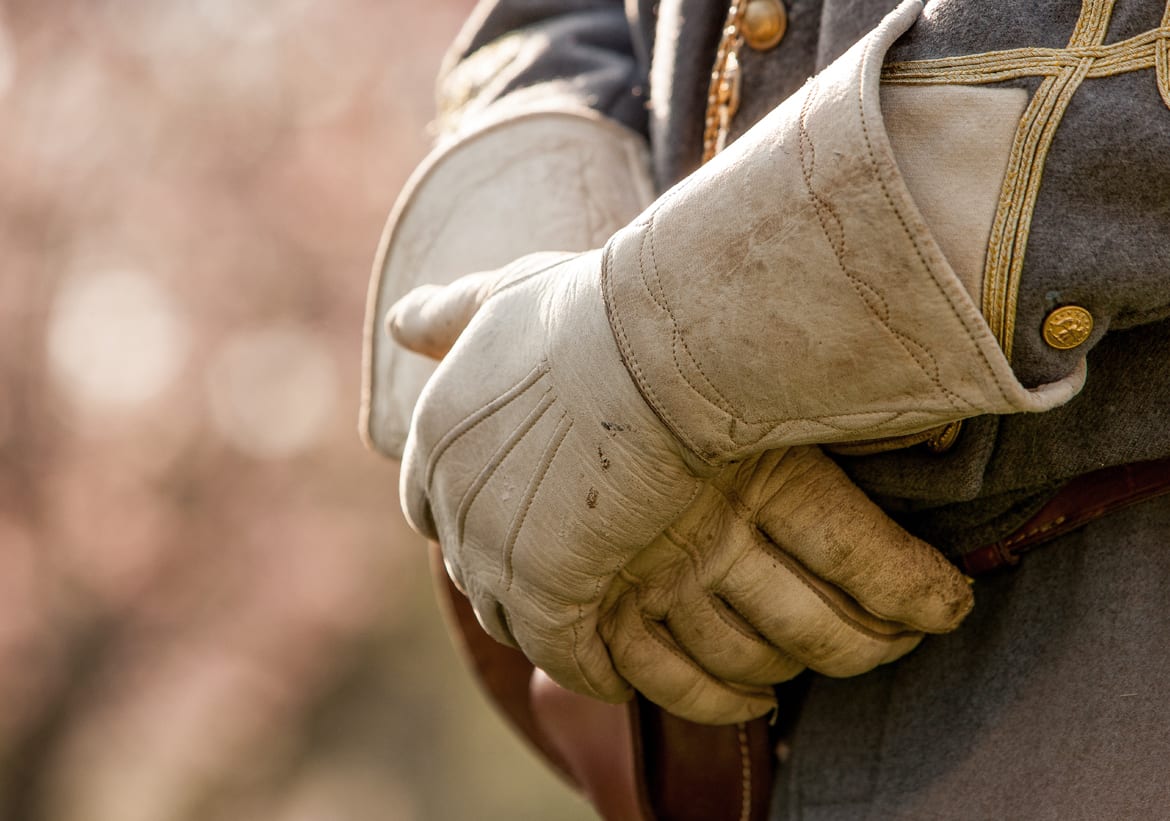 Edward Hall Cunningham was born 7 July 1835 to Edward and Susan Dismukes Cunningham in Van Buren, Arkansas. His father was a successful merchant in Van Buren.

Edward and his younger brother, John Thomas Cunningham, came to Bexar Co., TX about 1854. On December 8, 1854, Edward was appointed captain of a slave patrol detachment in Bexar County.

In October 1856, Edward purchased 500 acres of land on Martinez Creek near present day St. Hedwig, TX. This was the first of many land dealings that would make E. H. Cunningham a very wealthy man.

In July 1857, he registered his brand in Bexar County, and recorded his place of residence at the Hidden Rancho (Rancho Escondido) on the Martinez.

In 1860, John T. Cunningham, his brother, purchased 385 acres on the SW side of the Cibolo in Bexar County in what is now Selma, Texas.

John T. Cunningham also served in Company F. He died on July 10, 1862 of wounds he received at Gaines Mill on June 27, 1862. He is buried in Shockoe Hill Cemetery in Richmond, Virginia.

Haywood Brahan, the son of Robert Weakley Brahan, from a neighboring plantation also fought with the Mustang Greys. On April 18, 1872, E H. Cunningham married Narcissa Brahan, Haywood’s sister. She was the daughter of Robert Weakley Brahan and Martha Edwards Haywood, descendant of Judge John Haywood of Tennessee and the granddaughter Gen. John Brahan. Narcissa and E.H. had three sons and two daughters.

In May of 1868, E. H. Cunningham, now referred to as Colonel, gathered 3,000 head of cattle on his Cibolo property for a drive to St. Louis, Missouri. The herd was entrusted to drovers while E. H. Traveled to New Orleans and up the Mississippi by riverboat to meet the herd in St. Louis.

In January of 1874, Cunningham purchased the 2,750 acre plantation of his father in law, R.W. Brahan on the west side of the Cibolo in Bexar County.

After the Civil War, E.H. bought the property in Ft. Bend Co. owned by William J. Kyle and Benjamin F. Terry (Terry’s Rangers of the Civil War). The sugar plantation had a small sugar mill. E. H. expanded the mill into a refinery. This was the beginning of what was to become the Imperial Sugar Co. In 1908 when Isaac H. Kempner and his partner William T. Eldridge purchased the 12,500 acre Cunningham Plantation “Sugarland” with its mill and refinery, they changed the name to Imperial Sugar Company.

Since there were no slaves to work the sugar plantation, E.H. leased prisoners from the penitentiary in Huntsville to work the fields. In 1875, E.H. entered a partnership with L.A. Ellis to “lease the entire convict population, and then sublease the prisoners to other plantation owners. Their lease contract included the Huntsville Prison.“ They paid the state $3.01 a month per convict. In 1880 E.H. had seven convicts working at Hidden Rancho at Bexar County, at this time he was one of the wealthiest men in the state. In 1880 E.H. and Ellis had 365 convicts on lease. Their lease ended in 1883.

In 1881 Col. Cunningham built a stone mansion on 85 acres on a hill between River Road (present day Broadway) and New Braunfels Ave, including part of present day Fort Sam Houston. The gate to the estate was on Grayson Street near Pine, with a winding drive up the hill to the home. There were beautiful gardens maintained by full time gardeners. The house was one of the most impressive in San Antonio in the 1880s and 90s. The house became a part of Narcissa Place, a subdivision between Brahan Blvd and Army Blvd. The house became a private school in 1923, and it housed nurses in WWI. The old house was torn down in May of 1935.

In April 1893, E. H. Cunningham Company chartered the Sugar Land Railway Company. It built a section of track from Sugar Land to Arcola (both in Ft. Bend County) where it connected to the Great Northern Railroad. Cunningham, George W. Brackenridge, and Haywood Brahan were all on the first board of directors. William T. Eldridge purchased the railroad in 1908.

In 1909 E.H. Cunningham and his children: Ed. B, Thomas B, Eva L., Sue, and Narcissa with her husband, James Harty Bryson chartered the Narcissa Place Company to develop Narcissa Place as a subdivision of San Antonio. Narcissa Place included Brahan Blvd., Cunningham Ave., and Haywood Ave.