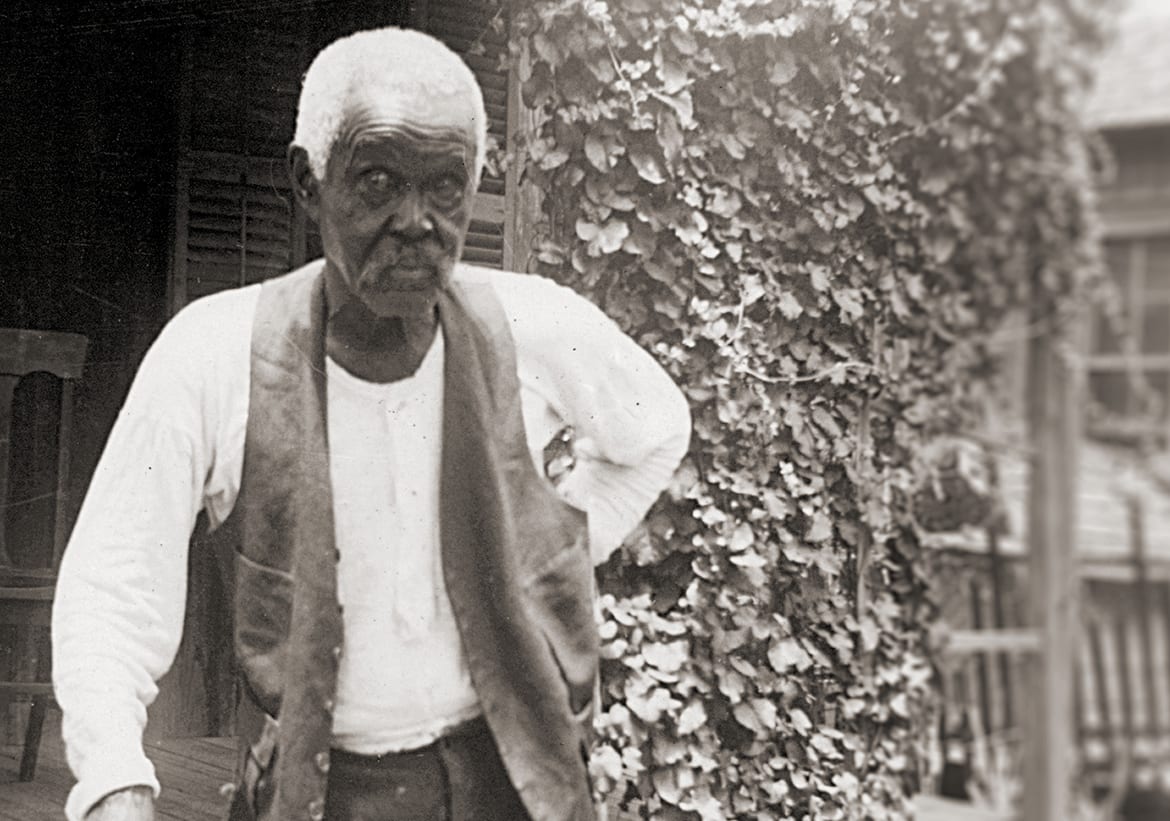 Narratives from the Federal Writers’ Project

From the Library of Congress

CAUTION TO PARENTS AND TEACHERS:

The information in this 1937 narrative has been reprinted without redactions and contains characterizations and language which may be offensive to some readers and inappropriate for children.

Felix Haywood is a temperamental and whimsical old Negro of San Antonio, Texas, who still sees the sunny side of his 92 years, in spite of his total blindness. He was born and bred a slave in St. Hedwig, Bexar Co., Texas, the son of slave parents bought in Mississippi by his master, William Goodlow. Before and during the Civil War he was a sheep herder and cowpuncher. His autobiography is a colorful contribution, showing the philosophical attitude of slaves, as well as shedding some light upon the lives of slave owners whose support of the Confederacy was not accompanied by violent hatred of the union.

“Yes, sir, I’m Felix Haywood, and I can answer all those things that you want to know. But, first, let me ask you this: Is you all a white man, or is you a black man?”

“I’m Black, blacker than you are,” said the caller.

The eyes of the old blind Negro,-eyes like two murkey brown marbles-actually twinkled. Then he laughed:

“No, you ain’t. I knowed you was white man when you comes up the path and speaks. I jus’ always asks that question for fun. It makes white men a little insulted when you don’t know they is white, and it makes niggers all conceited up when you think maybe they is white.”

And there was the key note to the old Negro’s character and temperament. He was making a sort of privileged game with a sportive twist out of his handicap of blindness.

As the interviewer scribbled down a note, the door to the little shanty on Arabella Alley opened and a backless chair was carried out on the porch by a vigorous old colored woman. She was Mrs. Ella Thompson, Felix’ youngest sister, who had known only seven years of slavery. After a timid “How-do-you-do,” and a comment on the great heat of the June day, she went back in the house. Then the old Negro began searching his 92 years of reminiscences, intermixing his findings with philosophy, poetry and prognostications.

“It’s a funny thing how folks always want to know about the War. The war weren’t so great as folks suppose. Sometimes you didn’t knowed it was goin’ on. It was the endin’ of it that made the difference. That’s when we all wakes up that somethin’ bad happened. Oh, we knowed what was goin’ on in it all the time, ‘cause old man Gudlow went to the post office every day and we knowed. We had papers in them days jus’ like now.

“But the War didn’t change nothin’. We saw guns and we saw soldiers, and one member of master’s family, Colmin Gudlow, was gone fightin’-somewhere. But he didn’t get shot no place but one-that was in the big toe. Then there was neighbors went off to fight. Some of ‘em didn’t want to go. They was took away(conscription). I’m thinin’ lots of ‘em pretended to want to go as soon as they had to go.

“The ranch went on jus’ like it always had before the war. Church went on. Old Mow Johnson, the preacher, seen to it church went on. The kids didn’t know War was happenin’. They played marbles, see-saw and rode. I had old Buster, a ox, and he took me about plenty good as a horse. Nothin was different. We get layed-into(whipped) time on time, but gen’rally life was good—just as good as a sweet potato. The only misery I had was when a black spider bit me on the ear. It swelled up my head and stuff came out. I was plenty sick and Dr. Brennen, he took good care of me. The whites always took good care of people when they was sick. Hospitals couldn’t do no better fer you today….Yes, maybe it was a black widow spider, but we called it the ‘devil biter’.

“Sometimes someone would come ‘long and try to get us to run up North. All we had to do was to walk, but walk South, and we’d be free as soon as we crossed the Rio Grande. In Mexico you could be free. They didn’t care what color you was, black, white, yellow, or blue. Hundreds of slaves did go to Mexico and got on all right. We would hear about ‘em and how they was goin’ to be Mexicans. They brought up their children to speak only Mexican.

“Me and my father and five brothers and sisters weren’t goin’ to Mexico. I went there after the war for a while and then I looked ‘round and decided to get back. So I come back to San Antonio and I got a job through Colonel Breckenridge with the waterworks.. I was handling pipes. My foreman was Tom Flanigan—he must have been a full-blooded Frenchman!

I tell my chillen we didn’t know no more about pants than a hawg knows about heaven; but I tells ‘em that to make ‘em laugh.

“But what I want to say is, we didn’t have no idea of runnin’ and escapin’. We was happy. We get our lickings, but just the same we got our fill of biscuits every time the white folks had ‘em. Nobody knew how it was to lack food. I tell my chillen we didn’t know no more about pants than a hawg knows about heaven; but I tells ‘em that to make ‘em laugh. We had all the clothes we wanted and if you wanted shoes bad enough you got ‘em-shoes with a brass square toe. And shirts! Mister, them was shirts that was shirts! If someone gets caught by his shirt on a limb of a tree, he had to die there if he weren’t cut down. Them shirts wouldn’t rip no more’n buckskin.

“The end of the war, it come jus’ like that—like you snap your fingers.”

“How did you know the end of the war had come?” asked the interviewer.

“How did we know it! Hallelujah broke out—”

‘Abe Lincoln freed the nigger
With the gun and the trigger;
And I ain’t goin’ to get whipped any more.
I got my ticket,
Leavin’ the thicket,
And I’m a-headin’ for the Golden Shore!’

“Soldiers, all of a sudden, was everywhere—comin’ in bunches, crossin’ and walkin’ and ridin’. Every one was a-singn’. We was all walkin’ on golden clouds.  Hallelujah!“

’Union forever,
Hurrah, boys, hurrah!
Although I may be poor,
I’ll never be a slave—
Shoutin’ the battle cry of freedom.’

We all felt like heroes and nobody had made us that way but ourselves. We was free.

“Everybody went wild. We all felt like heroes and nobody had made us that way but ourselves. We was free. Just like that, we was free. It didn’t seem to make the whites mad, either. They went right on giving us food just the same. Nobody took our homes away, but right off colored folks started on the move. They seemed to want to get closer to freedom, so they’d know what it was—like it was a place or a city. Me and my father stuck, stuck close as a lean tick to a sick kitten. The Gudlows started us out on a ranch. My father, he’d round up cattle, unbranded cattle, for the whites. They was cattle that they belonged to, all right; they had gone to find water ‘long the San Antonio River and the Guadalupe. Then the whites gave me and my father some cattle for our own. My father had his own brand, 7B), and we had a herd to start out with of seventy.

We soon found out that freedom could make folks proud but it didn’t make ‘em rich.

“We knowed freedom was on us, but we didn’t know what was to come with it. We thought we was goin’ to get rich like the white folks, ‘cause we was stronger and knowed how to work, and the whites didn’t and they didn’t have us to work for them anymore. But it didn’t turn out that way. We soon found out that freedom could make folks proud but it didn’t make ‘em rich.

“Did you ever stop to think that thinking don’t do any good when you do it too late? Well, that’s how it was with us. If every mother’s son of a black had thrown ‘way his hoe and took up a gun to fight for his own freedom along with the Yankees, the war’d been over before it began.

But we didn’t do it. We couldn’t help stick to our masters. We couldn’t no more shoot ‘em than we could fly. My father and me used to talk ‘bout it. We decided we was too soft and freedom wasn’t goin’ to be much to our good even if we had a education.”

The old Negro was growing very tired, but, at a request, he instantly got up and tapped his way out into the scorching sunshine to have his photograph taken. Even as he did so, he seemed to smile with those blurred, dead eyes of his. Then he chuckled to himself and said:

‘Warmth of the wind
And heat of the South,
And ripe red cherries
For a ripe, red mouth.’

“Land sakes, Felix!” came through the window from sister Ella. “How you carries on! Don’t you be a-mindin’ him, mister.”

Notes: Felix Haywood was the son of Tecumseh and Elsie Haywood. He was born in March of 1844, and he died December 16, 1937. He is buried in St. Hedwig, Texas. Tecumseh Haywood purchased land in St. Hedwig after the Civil War; he registered his brand in 1868. 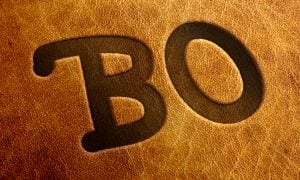 Dr. Brennen, who treated Felix for the spider bite, was probably Dr. Robert W. Brahan, owner of a neighboring plantation, who was a physician.