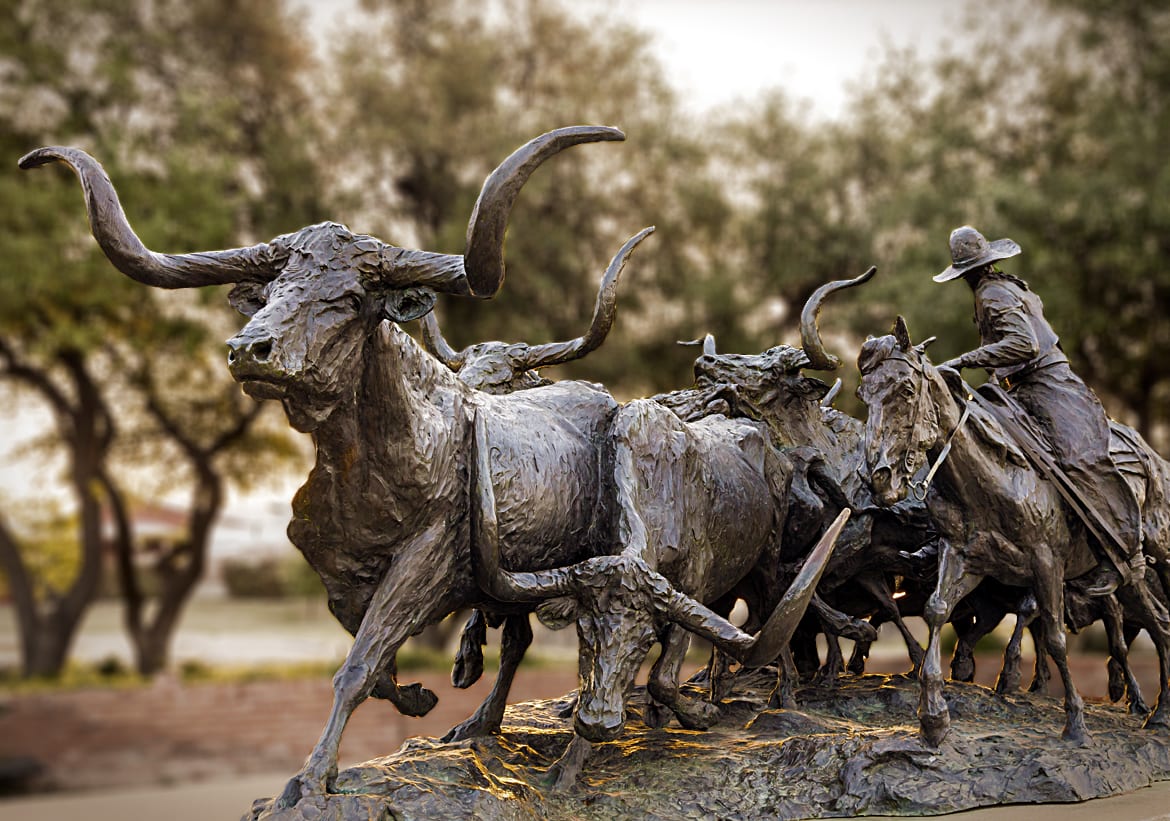 Leroy M. T. Pope was among the first American settlers on the Cibolo watershed, in the new state of Texas, to pursue ranching rather than operating a plantation. He was born in 1822 in Bledsoe County, Tennessee to Jonathan Pope and Delilah Coulter. Jonathan was a farmer.

Pope came to Texas about 1845 with his older sister, Mary, and her husband Dr. Charles B. Raines. Raines had been to Texas before the Texas Revolution. In 1834, Raines was in Tenoxtitlan, but he was unable to obtain title to land in the Austin and Williams Colony, so he returned to Tennessee where he married Mary Pope about 1840. Mary and Charles along with Leroy Pope travelled to Texas, and in 1847 were living in Nacogdoches, Texas.

Leroy Pope joined Co. E of the 2nd Texas Mounted Volunteers and was commissioned a 1st Lt. in Nacogdoches on June 24, 1846. He served in the Mexican War.

On June 1, 1855, Pope registered his cattle brand recording his place of residence as “on the Martinez.”

John S. McClellan sold his portion of the property that included Escondido (Hidden) Creek to E. H. Cunningham in 1856. Cunningham named his property Hidden Rancho. Pope’s Rancho and Hidden Rancho were common landmarks mentioned in brand and deed records before the Civil War. That same year Pope sold his portion of the property to McClellan. It is at this time that the area was being settled by farmers immigrating from Europe.

On November 18, 1858, Pope married Sarah J. Givens who was born in Alabama in 1840. Sarah was the daughter of Edward L. (the postmaster at Rusk) and Margaret A. Givens in Rusk, Cherokee County, Texas. Mary Pope Raines and her husband, Dr. Charles Raines, were living in Rusk at this time.

During the Civil War, Pope contracted with the Confederacy in 1863 to herd 250 mules from San Antonio to Bonham, Texas. He was paid $1,000.00. This was perhaps the beginning of his career as a trail driver.

After the Civil War, Pope moved to Atascosa County, Texas. In 1870, the census listed him living in Pleasanton in Atascosa County, where he was a stock raiser. In June of that year, Pope made his first cattle drive to Kansas. He registered his trail brand, a simple “D”, in Atascosa County. This was the beginning of his very successful career driving cattle and horses from the San Antonio area to Kansas markets.

Pope enjoyed success and prominence as a trail driver or herd consolidator. Articles about his drives appeared regularly in Texas and Kansas newspapers. Trail boss Wiley Cowan made five trips for Pope from Texas (San Antonio) to Kansas in the 1870s; two with cattle and three with horses. In 1874, Pope was part of a contingent of Texas cattlemen who were entertained and wooed by the people of Kansas towns who were anxious to have Texas cattle driven to Kansas. By 1876, Pope was driving herds of 3,000 to 4,300 cattle to Wichita, Kansas. Texas cattle would sell for as much as $40.00 a head.

Leroy Pope, now a widower, was a stock raiser in Union, Sedgewick County, Kansas in 1880. His ranch was on the Ninnescah and Coswkin near Mt. Hope.

Pope left five children, two boys and three girls; one son and one daughter were minors.

NOTE: On May 28, 1888, Pope’s son, Robert Lee Pope, a La Salle County deputy sheriff, was killed in a shooting in the Grand Central saloon in Laredo, Texas. He was shot by barkeeper Juan Rosales after a confrontation over payment for drinks. Pope also killed Rosales in the shootout.