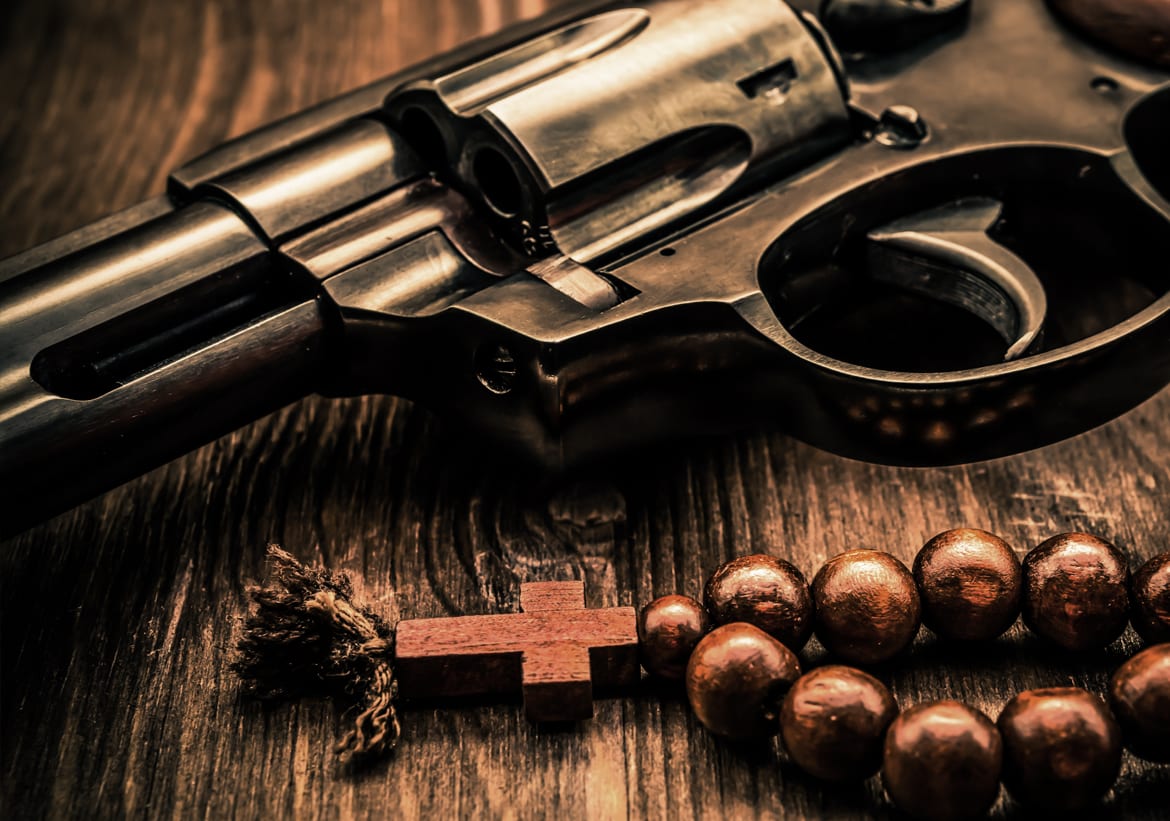 A visit to old Bexar County east of San Antonio, Texas reveals numerous historic churches. They were the places where the first European settlers congregated to worship, socialize and often govern themselves.

Historians write about the immigrants and their communities being shaped by their new experiences as they were assimilated into the evolving American community. Churches, however, are treated as institutions largely unchanged by these experiences, the foundation of morality and values upon which the country was built.

To accept this understanding is to ignore the obstacles that churches overcame to maintain relevance to their followers on the frontier. For the Roman Catholic Church its transplantation from the autocratic traditions of Europe into the democratic traditions of the new world presented challenges. The adaptation of this ancient institution to the realities of an emerging democracy on the frontier of Texas is a story largely untold.

In 1881, as Count Ladislas Tyszkiewicz adjusted his Roman collar he looked forward to another day in Texas tending to what he believed to be his flock of Silesian peasants at St. Hedwig, Texas. Count Ladislas, a descendant of the prominent Tyszkiewicz family, was proud of his heritage and declared his elevated status to all who would listen. The San Antonio newspapers wrote of his royal status and celebrated Father Tyszkiewicz as a person of true quality and education; a nobleman. 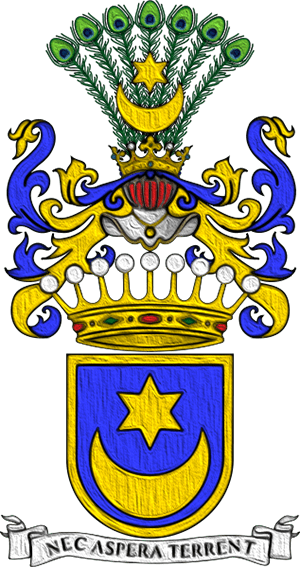 The Tyszkiewicz family’s roots are in Poland, Lithuania and the Ukraine. During the 18th and 19th century they played a prominent role in European politics and culture. Their wealth was often associated with the Amber Road that transported Baltic Amber to the interior of Europe. Their palace in Palanga, Lithuania is now an “Amber Museum”.

The Count had first traveled to the US with a valet and entourage in 1874. In May of 1877, Count Tyszkiewicz wrote from Paris to Dominic Pellicer, the new bishop of San Antonio requesting a position in his South Texas dioceses. Shortly after 1877, he arrived in Texas. Upon his arrival in San Antonio he was assigned to the village of St. Hedwig in east Bexar County. The Count was the epitome of the autocratic traditions that the Silesians of St. Hedwig fled the Prussian empire to avoid.

The sons of nobility, who were not first in line to inherit, were usually expected to find a place in the military or join the clergy. Count Ladislas had become Father Ladislas and found his way to the Texas frontier.

The Silesians came without an empresario. Theirs was a unique course filled with hardship and complicated by misplaced trust. According to accounts of the day, Upper Silesia was the most impoverished part of the Prussian Empire. And yet, the Silesians were slow to migrate.

Upper Silesia had a sad history; its neighbors coveted its rich resources. Throughout history, Silesians were conquered, subjugated and bartered away by their powerful neighbors. The Poles to the east considered them Polish, The Germans to the west considered them Germans; they considered themselves Silesian. They drank their own liquor, spoke their own language, and as Roman Catholics prayed to Silesian saints.

In 1854, a series of cataclysmic events devastated the social fabric of Upper Silesia. Unprecedented flooding in the Oder river valley destroyed bridges and homes. The potato famine reached Silesia destroying a staple of the local diet. The Crimean War diverted stores of grain to provision troops, creating scarcity and raising prices throughout Europe.

The Silesians lacked an empresario with the resources to fund and organize a migration to Texas. A young Silesian priest, Leopold Moczygemba, provided the spark that energized the Silesians. Fr. Leopold had migrated to Texas a few years earlier with the German and Alsatian communities.

He wrote glowing letters to his family in Silesia describing the riches available to those that traveled to Texas. Although Fr. Leopold possessed great enthusiasm, he possessed little money or experience. In 1854, when the first group of immigrants from Upper Silesia came to Texas, they found that Fr. Moczygemba had committed them to land near Helena, county seat of Karnes County.  Helena was in the midst of a real estate boom which had greatly inflated land prices. Shortly after the Silesians made their commitment, the land values around Helena collapsed. Fr. Moczygemba was banished from the village he created.

From the beginning, a substantial number of Silesians were reluctant to follow Fr. Moczygemba; they travelled to San Antonio to look for better opportunities. One group, about 20 families, found C. G. Napier’s 1,280 acre plantation for sale in east Bexar County. The families bought approximately half of the property and created the village that would become St. Hedwig, named after a Silesian saint.

Shortly after the small community of Silesians was formed in east Bexar County, they recorded the births of their first native-born Texas children, among them Alexander Tudyk. Alexander the son of Nicholas and Franciscka Tudyk was born in 1857. His grandparents were Felix and Anna Tudyk. They called him “Elic”.

The Tudyks were tough-minded individuals with an independent spirit that was required on the Texas frontier. Born in 1795, Felix Tudyk was the oldest member of the community. When in March of 1868, members of the Taylor gang from DeWitt County attempted to rob Mihalski’s Store in St. Hedwig; Felix attacked them with an axe handle. He clubbed one robber unconscious and before he could club a second, was shot through the arm.

The toughness was not confined to the males of the Tudyk family. Alexander’s mother Franciscka quarreled with a farm hand, Pedro Lujon who attacked her with a knife, cutting her “wind-pipe”, narrowly missing arteries, she fought him off and survived the attack.

Elic grew up in a community that lived through the forced conscription of the American Civil War, persecution from its neighbors for protecting African freedmen, and persistent raids by bands of outlaws from neighboring villages. That this community survived was testimony to the resilience and toughness of its members.

Old-timers in the community remembered Elic Tudyk as a singularly violent individual. He always carried a gun in his belt and a bullwhip tied to his saddle, but he preferred to use a knife. Elic’s specialty was a direct approach, a disarming grin, a quick slash to the face or neck, and a lot of blood. Some compared him to an approaching cyclone; the mesmerized spectator became a victim before he felt the need to flee.

By the late 1870s, Elic and his friends drifted from St. Hedwig to Live Oak and Atascosa County where huge ranches provided cattle for the northern U.S. markets. Elic who was already looking over his shoulder for law officers carrying warrants for his arrest, found employment driving cattle from South Texas to Eddy County (now Carlsbad), New Mexico. Eventually, he associated himself with Abe Jesson of Crane County in far west Texas. Elic would accompany Jesson’s herds north to Colorado and Wyoming. Elic’s travel would take him away from St. Hedwig for extended periods.

In 1881, Elic returned to St. Hedwig to find that his brother Ignatz (I.G.) Tudyk had died while digging a well. I.G. fell into the well as its sides collapsed pulling him into its depths. As Elic was told of the events, he discovered that the family believed the priest at St. Hedwig had not followed their wishes for burying I.G.

Elic was outraged. When he visited with Father Tyszkiewicz, their exchange further outraged Elic, who issued an ultimatum to the priest. The priest’s response was unacceptable to Elic who proceeded to fire his gun over the head of the priest.

Elic then piled brush around the church’s rectory and stable lighting them on fire. Next, he piled brush and debris in the stairwell of the school and convent attempting to burn them as well.

Nuns and members of the community extinguished the fire at the school, convent and rectory; the stable burned to the ground.

The Bishop in San Antonio, John Claude Neraz, transferred Fr. Tyszkiewicz to the remote Silesian village of Panna Maria in Karnes County, Texas. Then turned his attention to St. Hedwig. His first move was to appoint a new priest to the community,  Father A. J. Pelczar. The old-timers in the community reluctantly mention his next step: he threatened the community with “interdict” or closing the church if they did not protect their priests from violence.

The order of nuns that was headquartered in St. Hedwig was disbanded.

Father Tyszkiewicz was the last of a number of Polish priests who came to St. Hedwig and demanded that they be treated like european royalty. In the late 19th century, the Roman Catholic Church in the Silesian communities of Texas benefited from their own children entering the priesthood. These young men ministered to their own communities with whom their shared common values and understood democratic traditions.

Elic Tudyk remained a “wanted man” with Bexar County law enforcement issuing warrants for his arrest. He returned to St. Hedwig to face justice and was arrested.  He was eventually released after his father Nicholas provided land for a Justice of the Peace Court and a deputy sheriff in St. Hedwig.

St. Hedwig never built a jail. It continued the practice of chaining prisoners to a tree until they could be transferred to Bexar County’s infamous jail called the Bat Cave.