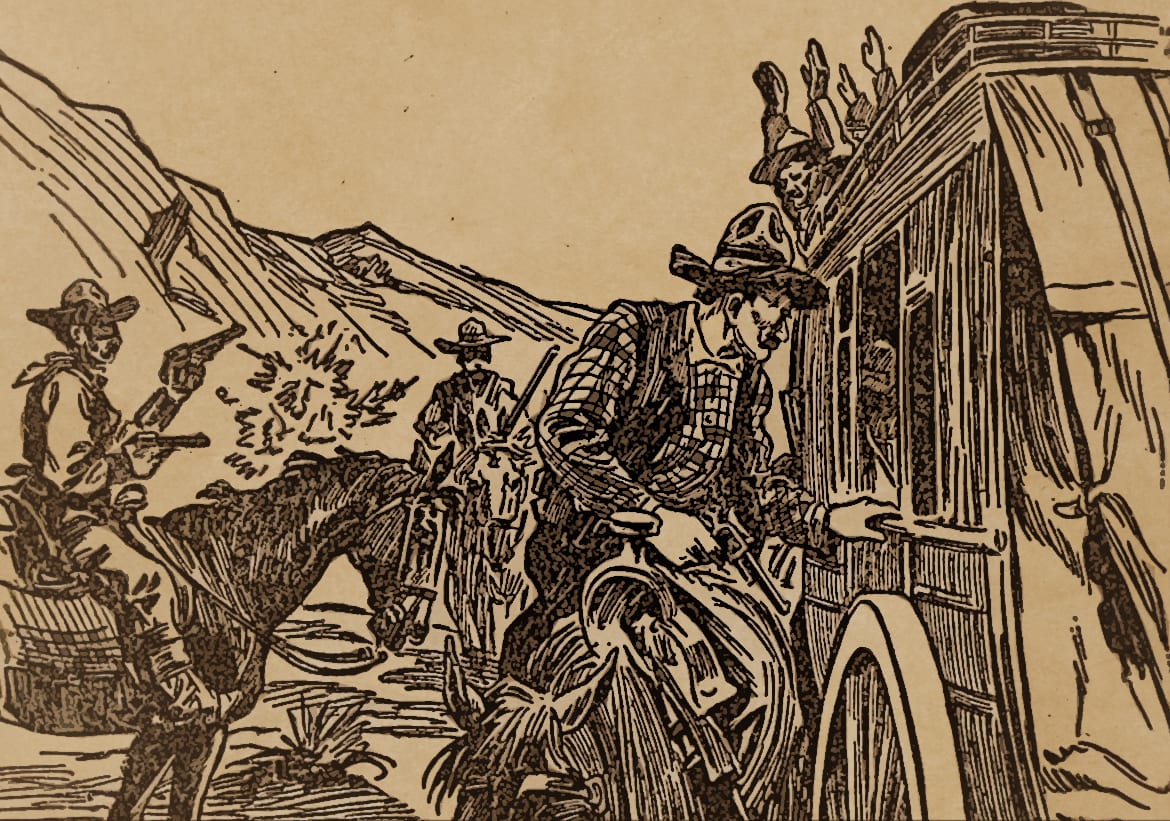 After the Civil War, the children of  its veterans, hardened by the death and mayhem, often turned to violence. The post oaks east of San Antonio became a gathering place for these young men.

Charles Patrick and Elizabeth Hogg Rowley’s third child, Robert (Bob) Rowley was born on 25 July 1860. He was one of these young men. As a youth, his behavior caught the attention of lawmen in San Antonio. On October 10, 1877, the San Antonio Express wrote, “A devilish youngster, Bob Rowley, created a disturbance in the eastern part of the city yesterday, and took flight to evade arrest.” When the Rowleys moved to their Wilson County farm, Bob’s penchant for violent and reckless behavior grew.

Our search for the Rowleys ended on a narrow county road west of La Vernia, Texas. Through a leafless stand of mesquites, we could see stone markers, the ruins of an old cemetery. An inscription engraved in granite confirmed an elusive piece to our current puzzle; the location of the graves of Charles Patrick Rowley and his wife Elizabeth Hogg Rowley in the 19th century settlement of Sandy Hills. 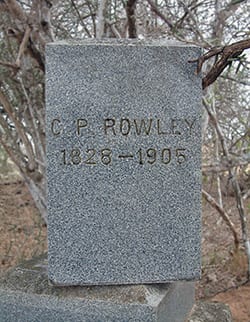 As one travels west from La Vernia, in the Cibolo valley, into the oak covered sand hills, the land rises over a hundred feet and then gently undulates into rolling hills. In the 19th century, old Texans and new immigrants lived on small farms scattered among these hills. The celebrated potter, Isaacs Suttles, lived in the area. Captain Joseph N. Dornstin, the first Polish settler and Republic of Texas Ranger to come to the area, lived in Sandy Hills. Charles Patrick Rowley settled his family on a farm in the area.

The first clues to the existence of Sandy Hills and its residents were found among the ancient records of the Annunciation Church in St. Hedwig. The priests diligently recorded baptisms, marriages, and burials of their parishioners. Each entry included the parishioner’s place of residence. The location, Sandy Hills, was used in reference to the settlement immediately west of present day La Vernia. 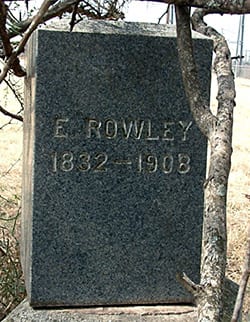 Unlike the more general term “sand hills”, which refers to the vast expanse of sand that rises in far southeast Bexar County and covers much of Wilson County, “Sandy Hills” was used as a specific reference. Like its nearby neighbor, the African Doseido settlement, the Sandy Hills settlement is a lost place, known only to those who would follow the clues hidden in stories and dusty old records.

The Rowleys come to Texas

According to the  genealogical research of Ms. Imogene Baurle Moore of Austin, Charles Patrick Rowley was born in Waterford, Ireland and as a young man came to the U. S. in 1847. He married Elizabeth Hogg in Baltimore, Maryland on September 4, 1849. On July 12, 1854, in New York, Charles enlisted in the U. S. Army. He was sent to Florida where he served with the artillery in the Seminole Indian War.

On December 12, 1859, he was discharged from the army at Ft. Clark in Texas. The Rowleys settled in San Antonio. The Civil War drew Charles back to military service. He served with Van Dorn’s Texas Light Artillery of the Confederacy.

In 1870, the Rowleys lived in San Antonio; Charles worked as a hostler. Their children were Andrew, Mary, Robert, William, and George. In 1875, the Rowleys bought 110 acres of land west of La Vernia from Owen Shaw, Captain of the Texas Rangers, and settled there with their family.

The Rowley’s third child, Robert (Bob) Rowley was born on 25 July 1860. As a youth, his behavior caught the attention of lawmen in San Antonio. On October 10, 1877, the San Antonio Express wrote, “A devilish youngster, Bob Rowley, created a disturbance in the eastern part of the city yesterday, and took flight to evade arrest.”

When the Rowleys moved to their Wilson County farm, Bob’s penchant for violent and reckless behavior grew. He chose as his companions, young men of like character from the nearby communities of Cottage Hill, Mount Olive, and Kicaster. A brutal gang, they threatened and assaulted local citizens with impunity.

In 1879, Bob “picked a fight” with the prominent families of La Vernia. Major John Montgomery, a leader of the minuteman vigilance committee, brought charges against Bob Rowley for disturbing the peace. Rowley was tried before the justice of the peace in La Vernia and released after paying a fine.

He rode to the Montgomery farm, confronted the Major, and was about to draw his pistol when Presley, the Major’s son, rode upon the scene and commenced firing at Rowley. Rowley fled unharmed. That evening the Montgomerys assembled the vigilance committee and rode to the Rowley farm where they surprised Bob as he saddled his horse.

Bob cursed the Montgomerys; Presley fired at him with a shotgun. A single buckshot struck Bob’s cheek. Presley’s second shot missed Rowley but wounded a Mr. Dixon, a member of the vigilance committee. Again, Bob Rowley faced a jury in La Vernia and again remained a free man. Nursing his wound, he rode out of town cursing and threatening violence against anyone in his path.

A period of dark violence engulfed the area as the gang became more active. Richard Neasom, one of Bob Rowley’s fellow gang members, lived in Kicaster with his uncle, M. J. Bean. Neasom quarreled with his uncle, shot him to death, and threw his body into the homestead well. That evening, at a dance, Neasom was celebrated by the gang members. Magnanimously, he promised to do them a favor by killing Dr. J. H. McMahon, a physician and the postmaster of La Vernia before he left the area.

Dr. McMahon’s prominence and his stand against lawlessness made him an enemy of the gang. On July 22, 1880, Neasom coldly carried out his promise by visiting Dr. McMahon’s practice and murdering him with a pistol shot at close range. At the funeral, held in nearby St. Hedwig, the gang members came wearing their guns and threatening harm to anyone attempting to apprehend Neasom.

South Texas lawmen were galvanized into action. However, their efforts to end the activities of the gang met with few results; not so the U. S. Post Office. In San Antonio, Amos Foster, the chief investigator for the U. S. Postal Service, was keen to end the loss of U.S. mail from stagecoach robberies in Texas. 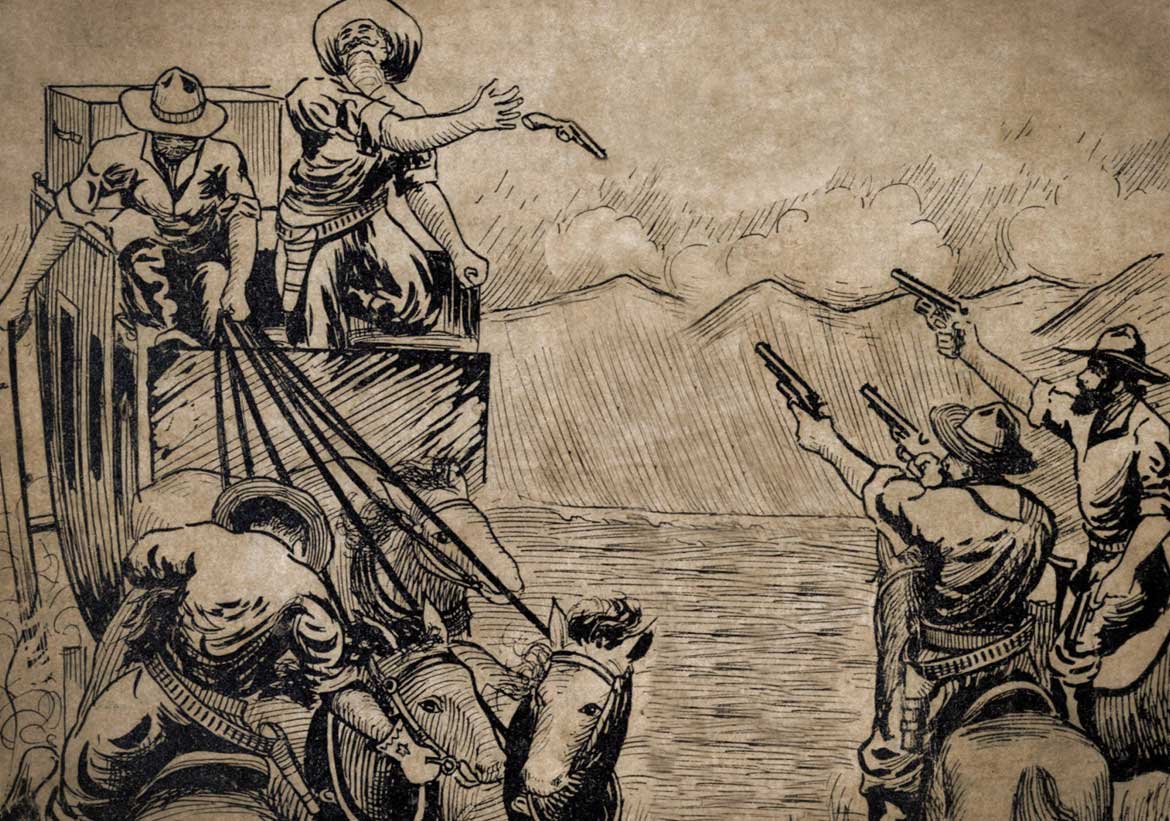 A break came with the robbery of the San Antonio to Corpus Christi stagecoach near Oakville. Rowley and his fellow gang members were recognized, arrested, and convicted in federal court. Rowley was sentenced to life at the federal prison located at Chester, Illinois. During his incarceration, Bob was identified in the newspapers as a daring highwayman. He was held in San Antonio’s infamous jail, the Bat Cave.

Charles Patrick Rowley defended his son to the end. In letters to the local newspapers, he wrote of Bob as a good and loving son. Some believe that he brought Bob back to the Wilson County farm and laid him to rest in Sandy Hills.

Murder of the Lavernia Postmaster