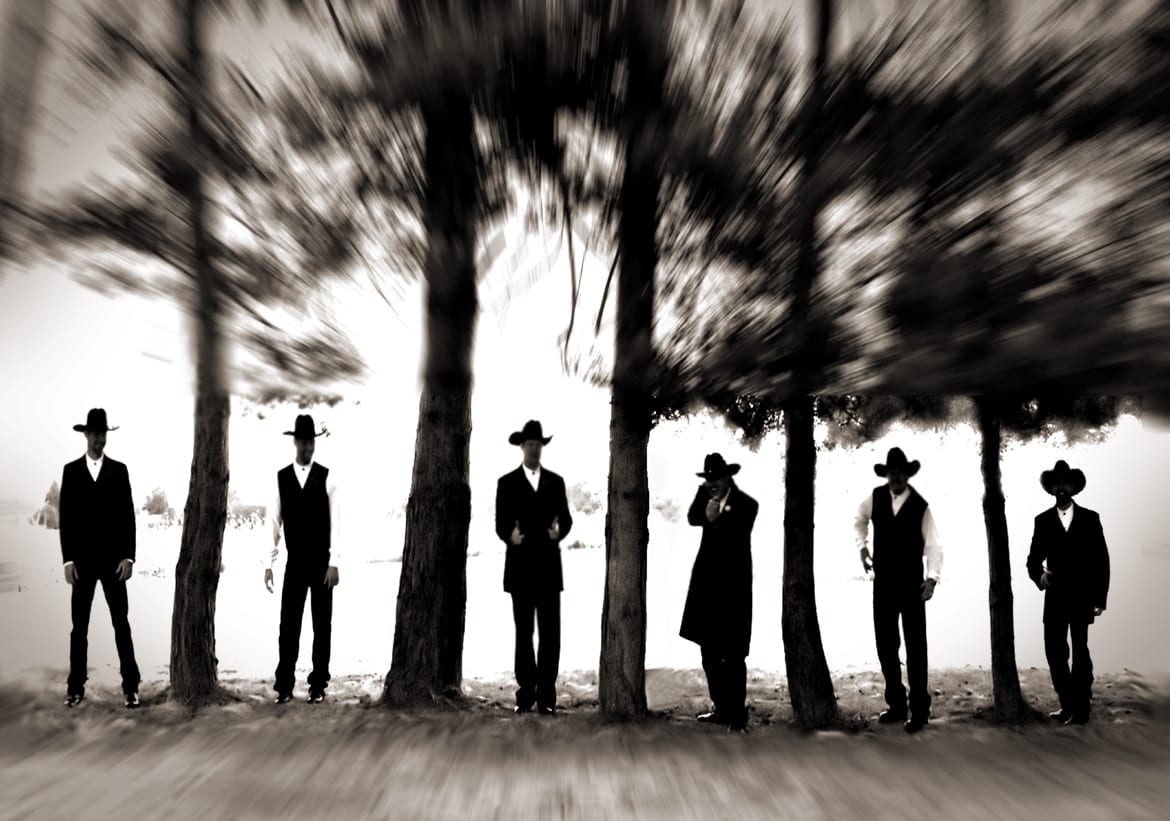 On December 15th 1900, Blas “Bill” Tudyk was thirty-three years old, 5’11” tall, and weighed one hundred and sixty-five pounds. He had light brown hair, blue eyes, with a ruddy complexion. The right side of his forehead was marked with a long scar, a small scar below his left elbow, round scars on the back of his legs and thighs and a scar below his right knee. He was not married and used tobacco. He had gone to school for four years and could read and write. The number assigned to him by the Texas prison system was #19928.

On Tuesday, October 17, 1899, Strzelczyk’s Store and Saloon in St. Hedwig provided its usual services and goods to its patrons. Wagons, buggies, and horses were tied to posts and rails in front of the store as the patrons conducted their business inside. A group of men on horseback came to a sudden stop in front of the store, dismounted and tied their horses to hitching posts.

The action moved quickly; a group of men at the front of the store turned to face the dismounted riders, all were armed with handguns. Angry words and curses were exchanged. The men drew their guns and opened fire. A feud that had festered for years culminated in an explosion and lasted only seconds.

As the smoke cleared, the patrons emerged from the store to find Marion Rakowitz shot in the head and through the breast just below the heart. They also witnessed Blas (Bill) Tudyk leaning in the saddle as he rode away wounded, bleeding from the mouth. Several others, limping from their wounds, mounted their horses and rode away. Someone recognized the Kosub brothers leaving the scene.

Doctors from Lavernia and New Berlin were summoned to St. Hedwig to save Marion Rakowitz who appeared near death. Miraculously, Rakowitz, who had a wife and seven children, survived.

Information was not readily available from witnesses, fear of vengeance kept the community on edge. Vincent Kosub was released for lack of evidence. The wounded Bill Tudyk could not provide an alibi and was eventually arrested. Other participants laid low while law enforcement combed the community.

One of the participants John Kosub fled to Galveston where he lived until his death in the 1930’s. Bernard Kosub, who had been wounded in a knee remained in the area and was nursed to health by his sister Hedwig.

In a surprise to all, on February 19, 1900, the judge summoned the jurors back to his court and required them to show cause why they should not be adjudged in contempt.

The Bill Tudyk’s counsel provided an affidavit from the juror Harry C. Miller that no unanimous “guilty” verdict had ever been rendered. Instead, each juror wrote on a slip of paper the number of years that Tudyk should be assessed. The numbers on the slips of paper were added and then divided by twelve (or the number of jurors), causing juror Miller, who had written the number “two” on the paper, to say that he did not agree with the verdict of “four.”

The irate judge lectured the men for twenty minutes but released them since he believed that they did not have wrong intentions. Without a verdict of “guilty” the judge declared a mistrial and granted Bill Tudyk a new trial.

When his new trial ended in a verdict of guilty, Bill Tudyk was assessed a prison term of two years. He was immediately incarcerated and entered the prison system on December 15, 1900.

He was released from Huntsville prison on October 3, 1902. His subsequent death is shrouded in mystery. Nineteen days after his release on October 22, 1902, Bill Tudyk was buried at the Church Cemetery at St. Hedwig, Texas.