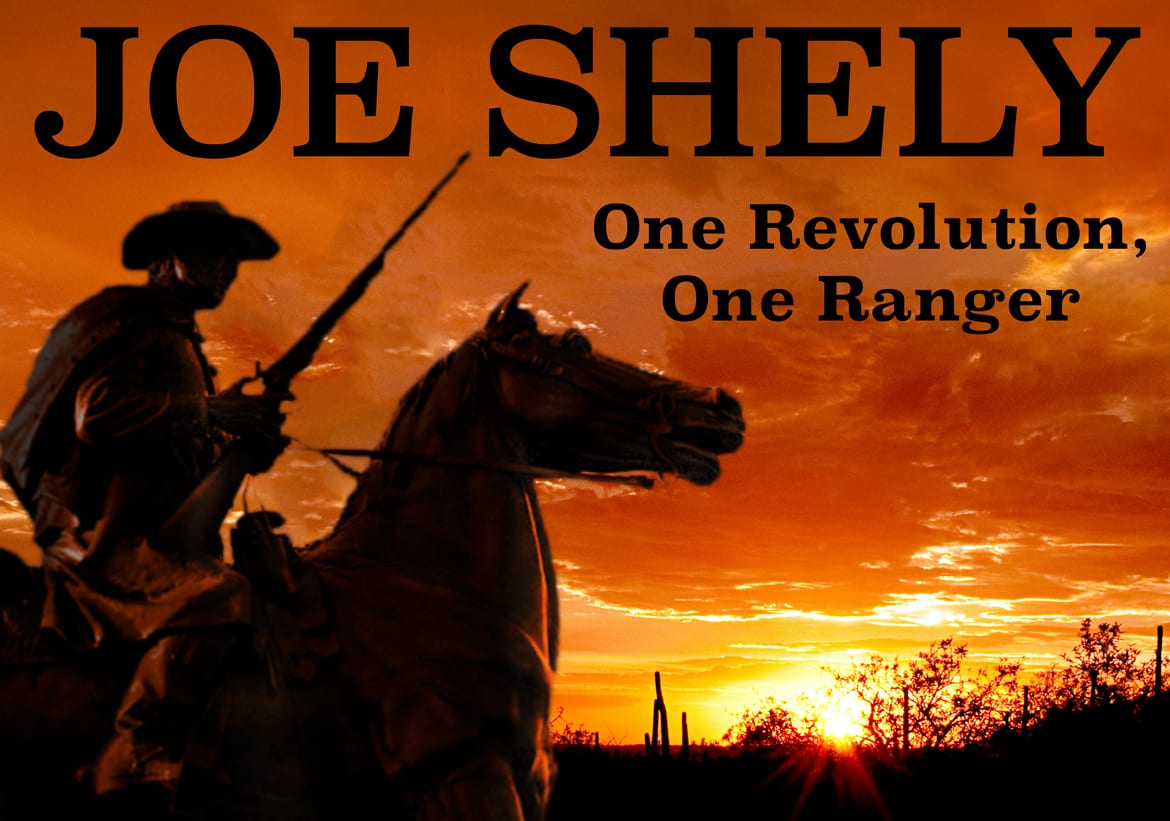 Joe Shely was uniquely suited to be a Texas Ranger in South Texas.  His mother was Mexican, his father Anglo, he was fluent in Spanish and his reputation as a lawman was well established before becoming a Texas Ranger.  Some believe his legacy was tarnished by a gunfight with a member of the Texas Senate.

Josephus Shely was born on November 7, 1854 in Calhoun County to William Shely and Marie Antonette Benavides. When Joe was three months old his family moved to southeast Bexar County, an area that in 1860 would become a part of Wilson County.

As a youngster, his independent and fearless disposition drew him to the cattle business. Before his 21st birthday he had been put in charge of gangs of men to gather cattle and made several trips to Kansas with large herds. At the age of 23, Joe found his calling in law enforcement.

In the 1870s, horse thieves and cattle rustlers had become a scourge to the stockmen of Bexar County. Stockmen formed the Bexar County Stock Protective Association. Joe Shely was hired as one of its agents. Immediately, his quick wit and aggressive approach broke the back of gangs of rustlers and thieves who had evaded capture for years.

His success came in no small part from his bi-cultural background. Fluent in both English and Spanish, the proud son of both cultures, he earned the confidence of both communities. It was believed that in this position Joe Shely developed his unsurpassed abilities as a detective. His efforts at breaking the organized stock stealing were so successful that his position was no longer required.

Joe Shely then entered the services of Bexar County Sheriff T.P. McCall as Criminal Deputy Sheriff. Constantly in the saddle, regularly confronting desperate men, Shely was said to have miraculously survived numerous attempts on his life. He carried scars from an assassin’s knife and gunfighter’s pistol.

His greatest service to Bexar County came when a series of bold stage robberies brought terror to south Texas. The numerous robberies, spread over a large area caused confusion. Authorities could not determine the number of gangs or bandits involved. Through cunning detective work, Shely uncovered three separate groups of bandits who robbed stages from Brownwood to Laredo to Hallettsville. His ability to gather evidence and “make the case” persuaded juries to send the outlaws to the penitentiary. His activities broke the gangs.

Again Joe Shely moved on to other positions, first as Detective for the U.S. Postal Service then Mounted Inspector for U.S. Customs at Laredo, Special United States Deputy Marshall under the legendary Hal Gosling.

It was as a Deputy U.S. Marshal that Joe came to national attention. Marshall Polk, Treasurer for the state of Tennessee, absconded with the Tennessee treasury. He managed to elude or bribe detectives that had pursued him across the country to Texas. Polk thought his escape to Mexico was assured when he left the train station at Laredo.

Shely, alerted by telegraph immediately took to the saddle. Even with an experienced guide, Polk was run to ground; Shely found him hiding in the chaparral. Polk offered a bribe of $9,000.00 for his freedom, Shely refused. Polk was arrested and sent back to Tennessee where he was convicted and sent to prison.

On May 4, 1883, Lee Hall resigned his position as Captain of the famous Ranger Company organized earlier by Leander McNelly. Joe Shely accepted command of that company with the rank of 1st Lieutenant.

Under his command, the company arrested more villains than the battalion’s other five companies combined. His success this time created many powerful enemies, including politicians. His greatest critic was State Senator E. F. Hall of Laredo. Hall criticized Shely’s ranger company and made every effort to eliminate or reduce funding for the rangers.

Whether responding to political pressure, or weary of life in the saddle, Joe Shely resigned his commission. The governor reluctantly accepted the resignation on 15 June 1885. Joe Shely added a bit of thunder to his resignation. In a gunfight with Senator Hall, Shely was wounded. However, the Webb County grand jury refused to indict either man.

Joe Shely returned to ranching with his wife Mary Hunter Shely. He was already a legend; respected, loved, admired by most, reviled by some, and always feared by outlaws. Everyone knew the legend of Joe Shely.

In December 1892 the Mexican Consul lodged a formal protest with the American Secretary of State in Washington D.C. On December 10, about one hundred Mexican revolutionaries, under command of Catarino Garza, operating from sanctuaries in Texas, committed their latest atrocity: massacring the Mexican troops garrisoned at San Ignacio and burning their barracks.

The United States government, embarrassed by the incident, sent A. J. Evans, United States District Attorney for the Western District of Texas to San Antonio to regain control of its territory and the border with Mexico. Attorney Evans convened a council of federal authorities both civil and military in San Antonio. When Evans emerged from the meeting he declared that if the council would give him one man he would guarantee the complete “breaking up” of the Mexican revolutionists on the American side of the Rio Grande. That man was Captain Joe Shely.

In 1892, Joe (Josephus) Shely was 39 years old. His career in law enforcement had ended seven years earlier when he 32. When U.S. Attorney Evans made the call, Joe Shely came to San Antonio and made a deal with the U. S. government.

He requested and was given wide discretion. He enlisted the help of his brother Wash Shely, a retired Texas Ranger and active Webb County Sheriff. His brother L. D. Shely also joined in one of Texas’ most celebrated manhunts.

For Joe Shely the manhunt became personal when his brother Wash was wounded by the Garzas. Catarino Garza with his brother and aid-de-camp, Incarnacion, fled to Key West where they lived among Cuban exiles.

On May 20, 1910 the San Antonio Express reported: “Captain Joe Shely, 57 years old, former ranger captain, United States deputy customs collector, city detective under the Elmendorf administration, and one who was instrumental in the breaking up of the Garza Revolution on the Mexican border several years ago, is dead.”