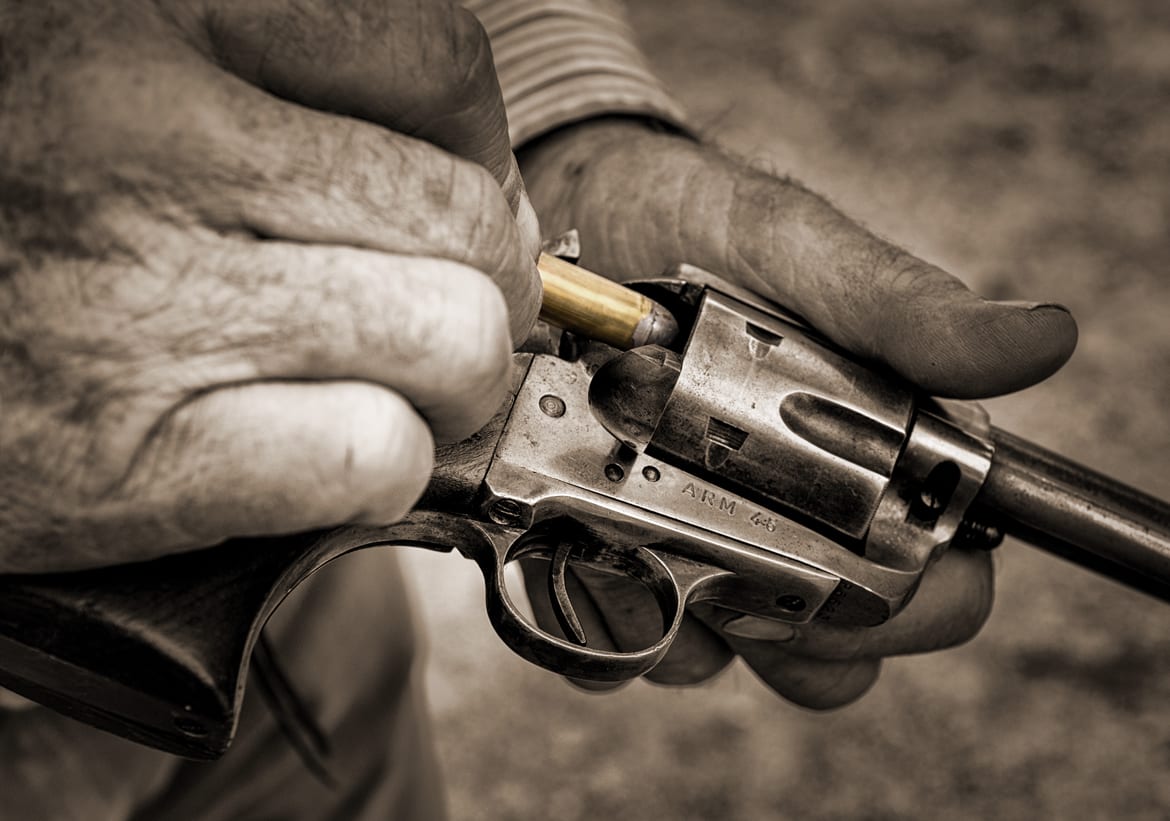 Much has been written about Gus Gildea. His brief stay in East Bexar County provides a window into the mysterious village of Cottage Hill.

During the late 19th and early 20th century he visited or corresponded with newspaper offices in Texas and New Mexico and recounted his experiences. While interesting and colorful, Gildea’s information was often contradictory and self-promoting. However, official records reveal that Gus Gildea cut a broad swath through the Wild West.

In 1854, Augustin Mountague “Gus” Gildea was born in De Witt County, Texas to James and Mary Adele Laurine Gildea. He was baptized at St. Mary’s Catholic Church in Victoria, Texas. Constantin A. (Bud) Gildea was his brother. In 1860, he lived on a ranch near Oakville in Live Oak County, Texas. His family moved to San Antonio where Gus attended school.

Gildea, years later, wrote of his days as a youngster at Cottage Hill in east Bexar County. He remembered Confederate volunteers marching and performing drills at Cottage Hill in 1861, before travelling to the killing fields of the Civil War.

Too young to enlist during the Civil War, Gus related that after the War he rode with the Klu Klux Klan in Tennessee. During the late 1860s and 1870 he worked cattle in Texas and New Mexico. In 1873 he was living in Frio County, Texas.

In 1876 and 1878 he worked for John Chism as a drover where he became acquainted with Billy the Kid.

It is reported that he rode with Selman’s Scouts in September and October 1878, during the turmoil following the Lincoln County War. Selman’s Scouts were known for violence. It was reported, “They were known for their brutality and callous regard of all human life. The Scouts stole horses and cattle wherever they came across them, murdered innocent men and boys without warning, raped women, pillaged businesses and houses, and burned ranches to the ground, all without any sense of rhyme or reason.” Selman’s Scouts were hunted by local law enforcement. Governor Lew Wallace threatened martial law. Gildea was listed as wanted for four murders under investigation. Selman’s Scouts disbanded and some fled to Texas.

The Federal Census in 1880 recorded an unemployed Gildea living with his mother in San Antonio. On July 22, 1885 he married Virginia R. (Jennie) Boehmer in San Antonio, Texas

Gus and Virginia divorced in the early 1900s. She remained in Del Rio, and he moved to San Antonio, where in 1910 he was working as a real estate salesman.

He moved to Arizona about 1923 and lived in Pearce and Tombstone. There he owned a small ranch 18 miles from Tombstone in the Dragoon Mountains.