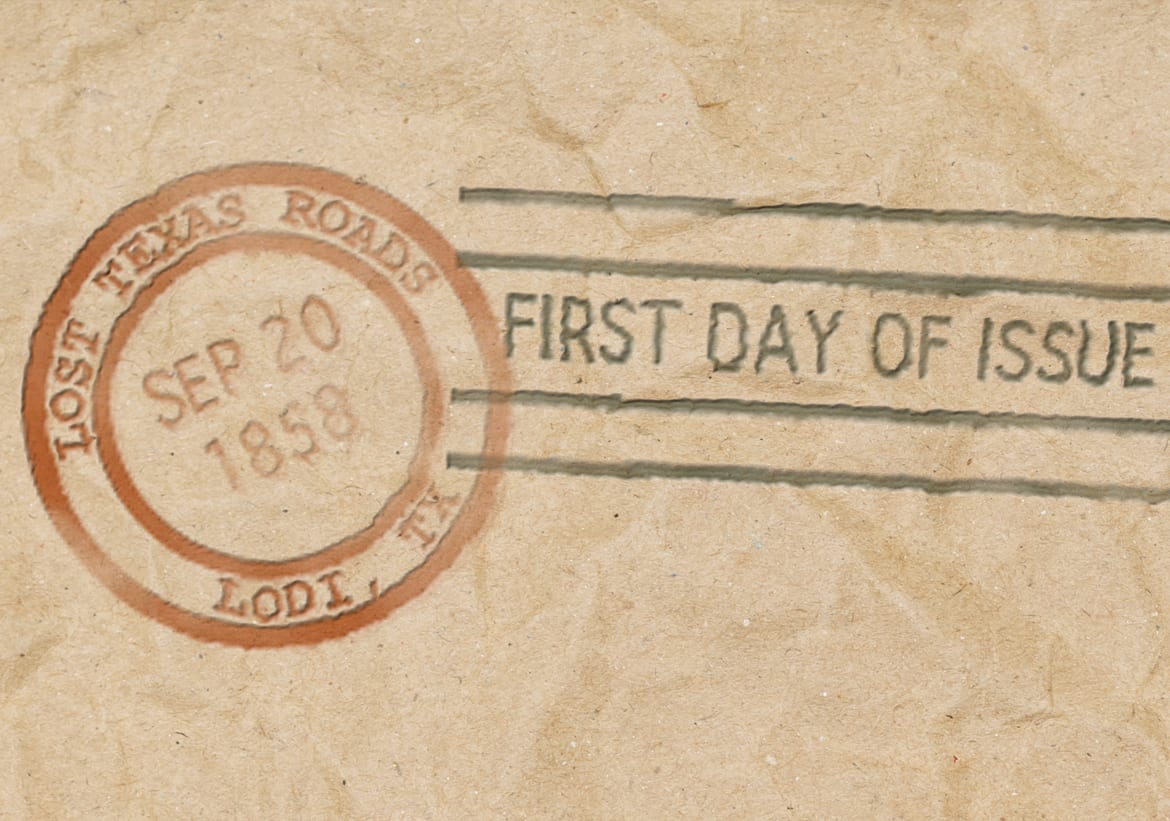 On September 20, 1858, Steven Thorne Cook was appointed the first United States Postmaster of Lodi, a village then located in Bexar County on the San Antonio River. The site of Lodi had been occupied first by Native Americans and later Spanish and Mexican immigrants.  Lodi was the name given the site at the time the post office was created.

Stephen T. Cook was born in South Carolina in 1833. With his older brother, William James (1827-1898), he came to Texas in the 1850s. William settled in the Pleasanton area, while Stephen chose to settle in Lodi on the San Antonio River.

Stephen was a founding member of the Brahan Masonic Lodge in La Vernia. On August 4, 1859, Stephen married Mary M. Volk in San Antonio. Stephen established a mercantile business in Lodi, and on June 21, 1860 he purchased 228 acres on the San Antonio River in present day Wilson County. In 1860, the Lodi post office became part of newly formed Wilson County.  Today, what remains of Lodi exists within the footprint of Floresville, Texas the county seat of Wilson County.

Stephen and Mary had four children:Martha (1861-1951), Mollie (1863-1944), Rebella (1954), and Samuel G. (1870-1923). All of the children were born in Floresville. After Stephen’s death in the early 1870s, Mary and the children moved to San Antonio to live with Stephen’s brother, William. Mary and William died two weeks apart in the late fall of 1898. They along with the girls are buried in City Cemetery #5 in San Antonio. The burial date and location for Stephen are unknown at this time.

The community of Lodi, was likely named for Napoleon’s triumphant Battle of Lodi in Northern Italy, in 1796. Napoleon believed this triumph established his superiority over European generals and that he was, as a consequence, a man of destiny.