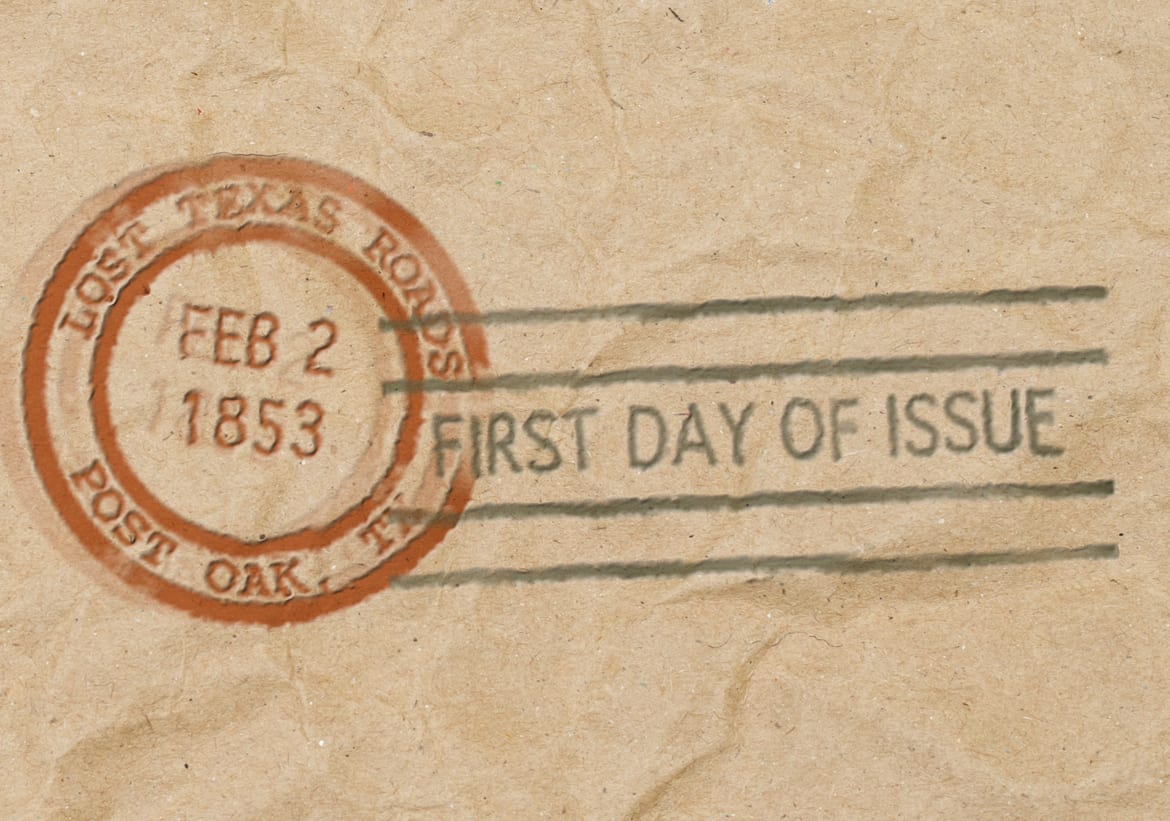 Joseph G. Brown was the first postmaster for the Post Oak community that became La Vernia, Texas.  The appointment of a postmaster indicated a community was sufficiently viable to require this important connection to the rest  of the world.     Brown came to Texas from Alabama in the 1840s, following his older brother, William A. Brown, who came to Texas in July of 1835 as a member of the Austin and Williams Colony.

In January of 1853, Joseph purchased 214 acres of land in the Juan Delgado survey on the southwest side of the Cibolo in Bexar County. One year later, on February 2, 1853, Joseph was appointed Postmaster of Post Oak in Bexar County (Post Oak would later become Lavernia in Wilson County).  In January of 1854, Joseph sold his property to Thomas Applewhite, and on April 8, 1854, he turned the duties of Postmaster over to Claiborne Rector.

To the Patterson Settlement

In 1854, Joseph G. Brown acquired a Texas Land Grant for 160 acres in Uvalde County adjacent to property owned by his brother.  This property was in what was known as the Patterson Settlement, located about six miles south of Hammer’s Station, now Sabinal. Hammer’s Station was on the road from San Antonio to El Paso.

On January 17, 1856, Joseph married Emma Bowles the daughter of John Bowles of the Patterson Settlement. Life in the Patterson Settlement was hard in the late 1850s due to the continual threat of Indian attacks. On March 13, 1856, Joseph joined the Mounted Volunteer Minute Men under Captain John M. Davenport, serving for 15 months. His brother, William was also a member of this group, as was his father in law John Bowles. On June 19, 1859, Joseph enlisted with the Texas Mounted Volunteers under Captain W. R. Henry. In the fall of 1859, Indian activity became a fearful reality for the settlers. On October 28, 1859, John Bowles and John Davenport were killed and scalped by Indians.  Emma and Joseph soon left the Patterson Settlement to live in the safety of the town of Uvalde.

Joseph owned a retail grocery business and worked as a stage agent in Uvalde. He was the Postmaster of Uvalde from October 27, 1874 until May 3, 1876. The Browns had two children, Melissa and Lee G. Brown.  Emma died in 1893.  In 1900, widowed Joseph called himself a “capitalist” in census records. Joseph died after 1900; it is presumed he and his brother, William, are buried in the abandoned Brown Cemetery on William Brown’s land in the former Patterson Community. This cemetery is also the resting place of John Bowles.