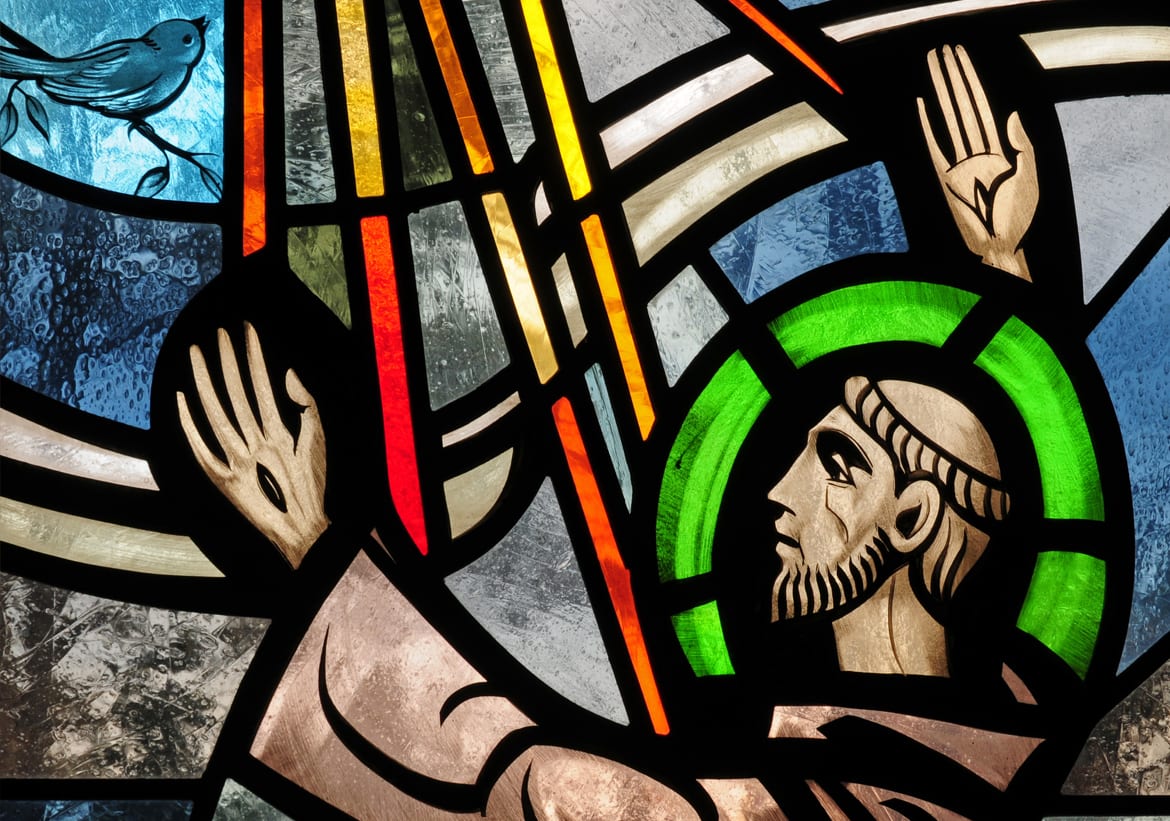 La Vernia’s story has been carefully told by elders, and remembered by the young. The stories told of a group of settlers who, some 150 years ago, came to the frontier in East Bexar County and made it their home. They built churches, schools, plantations, homes, businesses, and a way of life modeled after their experiences in the old southern states of Mississippi, Tennessee, Alabama, Georgia and the Carolinas.

Historian Deed L. Vest in A Century of Light: History of Brahan Lodge No. 226 wrote in 1959 of these settlers, “Early settlers were the Rector, Tiner, Brown, Morgan, Newton and Wiseman families. Stalwart, religious, intelligent, and of strong character, these early settlers contributed much to the establishment of Brahan Lodge, the churches, and the schools in the frontier district.” This small but determined group of individual drew upon their spiritual, intellectual and political resources to wield an influence far beyond their numbers.

Their sons were killed and wounded during the Civil War, and they struggled through the Reconstruction that followed. La Vernia witnessed the start of many cattle drives that traveled up the trails to points north. The days of the Wild West brought the jingle of spurs and the smell of gun-smoke to La Vernia.

The history of La Vernia is filled with interesting characters whose stories are still repeated by the elders to the children. One of these stories recounts how La Vernia got its name. Eventually, the story found its way into print.

The Wilson County Directory published in 1937 wrote a brief history of La Vernia stating that its name was derived from the Spanish “El Verde” meaning “the green”.

Gail Shriber, Wilson County Historian, wrote some times later: “The small settlement was called ‘Post Oak’ until government mail service was established on 2 February 1853 when sometime later, a fact was brought to light by the Rev. Robert McCoy, of another by the name of Post Oak in Jack County. Either Rev. McCoy or R. W. Wiseman (both having moved here with their families in 1851) suggested the name be changed (This was in May 1859) to La Verdear (to grow green) for a grove of Evergreen Oaks growing on the McCoy farm near by. The pronunciation was soon corrupted to ‘La Vernia’ “.

Investigating the historical record reveals an additional dimension to the story, but also raises doubts about an origin related to “El Verde” or “La Verdear” or a duplication of names with Post Oak in Jack county. Numerous documents exist that create a clear record for the naming of the community of La Vernia.

The first documented use of the spelling “La Vernia” occurs in the 1870 Federal Census. In 1877, the newspaper, Sutherland Springs Chronicle refers to the community with both spellings. Both spellings continue to occur through the early 1900s with the spelling “La Vernia” used with increasing frequency. World War I, Draft Registration Cards from Wilson County exhibited the two spellings with equal frequency. Individuals with the same surname chose different spellings, as in the case of community residents Leo Wiseman, who used “Lavernia” and Walter Wiseman, who used “La Vernia”.

Other questions regarding the origin of “Lavernia” arose. The reference to a Spanish origin seems questionable. In the 1860 census Lavernia enumerated no individual with a Hispanic surname. Antonio Thomas, although not possessing a Hispanic surname, was the only individual indicating that he was born in Mexico. In the same federal census the town of Lodi, near present day Floresville enumerated over 200 individuals with Hispanic surnames. Additionally, according to scholars of the Spanish language “El Verde” or “La Verdear” are unusual construction at best, and incorrect at worst.

After an inspection of the record, several conclusions seemed appropriate:

The question remained about the origin of the term “Lavernia”. Census records in 1860 for the community were searched for “Lavernia” as an individual name or surname. Census records for 1850 were searched both for Texas and the states of origin for the early settlers; no record for a person named Lavernia could be found, that was related to the community. Similarly, no reference could be found to any other community with the name “Lavernia”.

An article in the San Antonio Daily Herald of March 18, 1859 provided a new area for research. The article, written by the editorial staff, referred to one of Lavernia’s young men: “We have received through Mr. Haywood Brahan, son of Maj. Brahan, of this county, a number of the “Southern College Magazine, a literary monthly, edited by the students of the Weslayan University, Florence, Ala., of which institution young Mr. B. is a student. On looking over its contents we find that the articles evince much ability and are characterized by much good taste. The work is now in its fourth year, and speaks well for the literary talent of the Institution under direction of which it is published.”

Other characterizations of the early settlers of Lavernia showing interest in literary works came from Deed L. Vest’s, A Century of Light: “…practically all the settlers in La Vernia and Bethesda were literate. Some of them, such as William R. Wiseman were men of considerable education.” He also wrote of Joseph R. Polley, another of Lavernia’s young men as “Literary, fun-loving”. Perhaps “Lavernia” like the contemporaneous communities of “Lodi” and “Sebastapol”  had its origin in the literature of the day.

During the period 1830 through 1860 thousands of books and journals were published in the English language. Finding a specific reference to “Lavernia” seemed a daunting task.

In 1995 the Mellon Foundation provided a grant to Cornell University and the University of Michigan for a project called “The Making of America”. The grant provided funding for these institutions to select works of literature that were instrumental in forming America and American thought. Cornell University and the University of Michigan digitized the contents of thousands of these books and journals, creating a database that could be searched using a powerful search engine.

When “Lavernia” was entered into the search engine, several references were located. The first reference was to a Journal published in 1847 called Littell’s Living Age. An article by Emile Chavin De Malan, originally published in Paris in 1845, was translated from French. The article was titled The Life of St. Francis.

The Lavernia of St. Francis of Assisi

A paragraph was of special interest: “…Orlando for the good of his soul, bestowed on the founder (St. Francis), and the companions of the order of Minor brethren, a tract of land amidst the highest summits of the Tuscan Apennines. Monte del Alvernia, now Lavernia, was a wild and sequestered region, covered with heath and rocks, and the primeval forest….”

Another reference located by the search was The Encyclopaedia of Geography: Comprising a Complete Description of the Earth by Hugh Murray and published in three volumes by Blanchard and Lea of Philadelphia in 1855. Here the reference was to three villages made famous by St. Francis of Assisi in the 13th century. These villages later figured prominently in the literary works or lives of such important writers as John Milton (Paradise Lost) and Dante Alighieri (The Divine Comedy).

The reference stated: “Vallombrosa, a grand and solemn scene, where ‘Etruscan shades high over-arch embower,’ and has been rendered classical by the immortal verse of Milton, who is suppose to have drawn from it his picture of Paradise when he described it… ‘shade above shade, a woody theatre of stateliest view.’ More remote, and approaching to the greatest heights of the Apennine, the sacred hermitage of Camaldoli stands in a valley; but on a hill above are twenty-seven little mansions, each the abode of one monk, who, detached from the abbey, spends two years in austere and lonely retirement. Fourteen miles higher up, amidst the most solitary and savage recesses of the Apennine, is the Franciscan convent of Lavernia, containing eighty friars. It is seated on a lofty rock, broken into numberless pinnacles, while thick groves, rising to the summit, and nodding over the steeps, casts a rich and mellow shade upon the whole scene.”

The Encyclopedia of Geography was an important reference book and was widely used by scholars of the time. The Life of St. Francis was widely read and often referred to by writers from the period. College students would likely have been exposed to both of these writings.

The connection of St. Francis’s Lavernia in Tuscany to the Texas village of Lavernia seems irresistible. And like many stories passed down from memory, the story told by the elders, of a “green” place named Lavernia seems just about right.