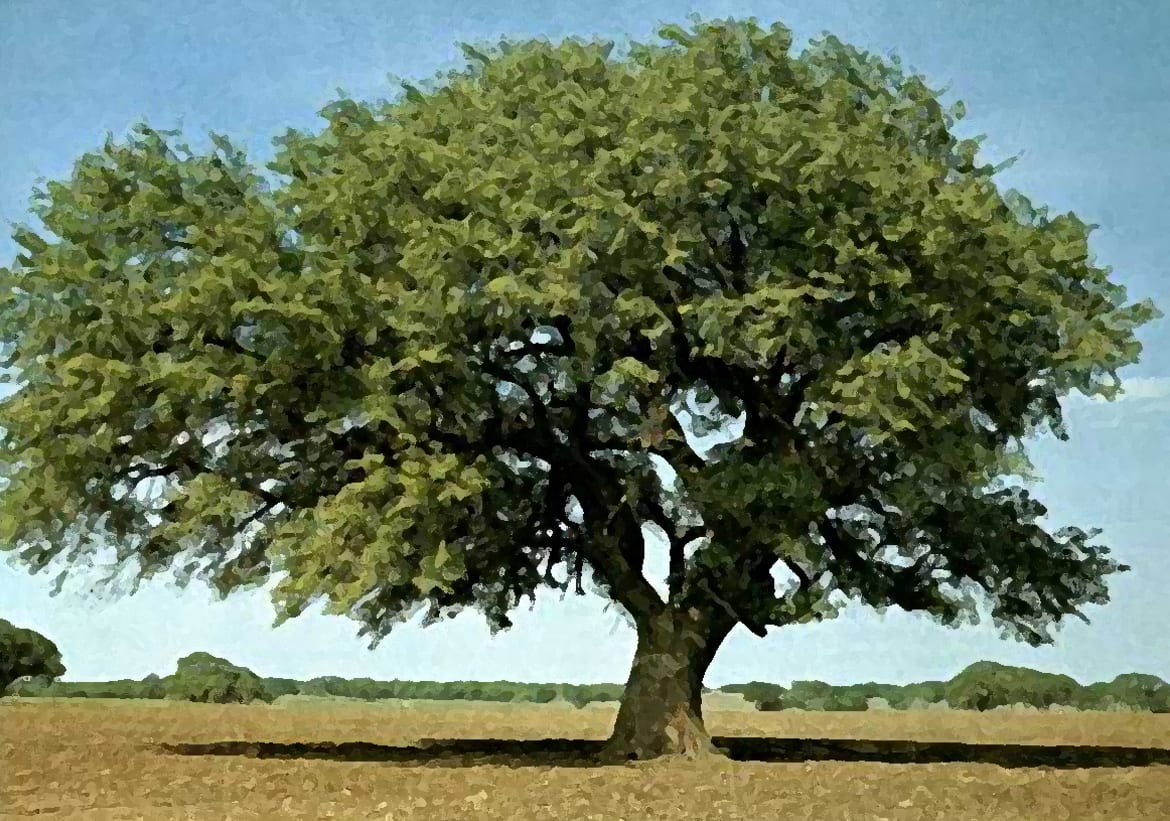 A celebrated witness to the beginning of the Texas Revolution left this world in 2014.

Crippled by countless lightning strikes, prairie fires, droughts and floods the Deaf Smith Oak crashed to earth on the eastern bank of the Cibolo (29.376408, -98.104492) It was a special tree recognized by the Texas Forest Service for its place in Texas history.

Located in a survey granted to Erastus “Deaf” Smith by the Mexican Government it stood in an open field about two miles north of La Vernia, Texas twenty-two miles east of San Antonio in Guadalupe County near its boundary with Wilson County.

In the 1820’s, Byrd Lockhart laid out a road from the DeWitt Colony in Gonzales to San Antonio de Bejar. The Gonzales Road crossed the Cibolo at a natural ford on the Deaf Smith Survey. The Crossing exists in a deep bowl-shaped depression. The Deaf Smith Oak provided a perfect vantage point to view the Cibolo Crossing and the terrain in the direction of San Antonio.

In 1835, as tension grew, Mexico sent troops from San Antonio out the Gonzales Road to retrieve a cannon in Gonzales. Defying the Mexican troops with “Come and Take It”, the first shot of the Texas Revolution was fired on the Gonzales Road.

Deaf Smith is believed to have climbed this tree to spy on the Mexican troops as they crossed the Cibolo. A pantheon of Texas heroes crossed the Cibolo under the Deaf Smith Oak. Stephen F. Austin brought his new army to the successful Siege of Bejar, Travis’s letter pleading for help and re-enforcements for the Alamo passed its way.

Susanna Dickinson, survivor of the Alamo, delivered the message of defeat to Sam Houston’s troops at the Crossing. As a result, Sam Houston burned Gonzales and the “Runaway Scrape” commenced.

The Mexican Army pursued the retreating Texans through the Crossing to their defeat at San Jacinto by Sam Houston’s forces. 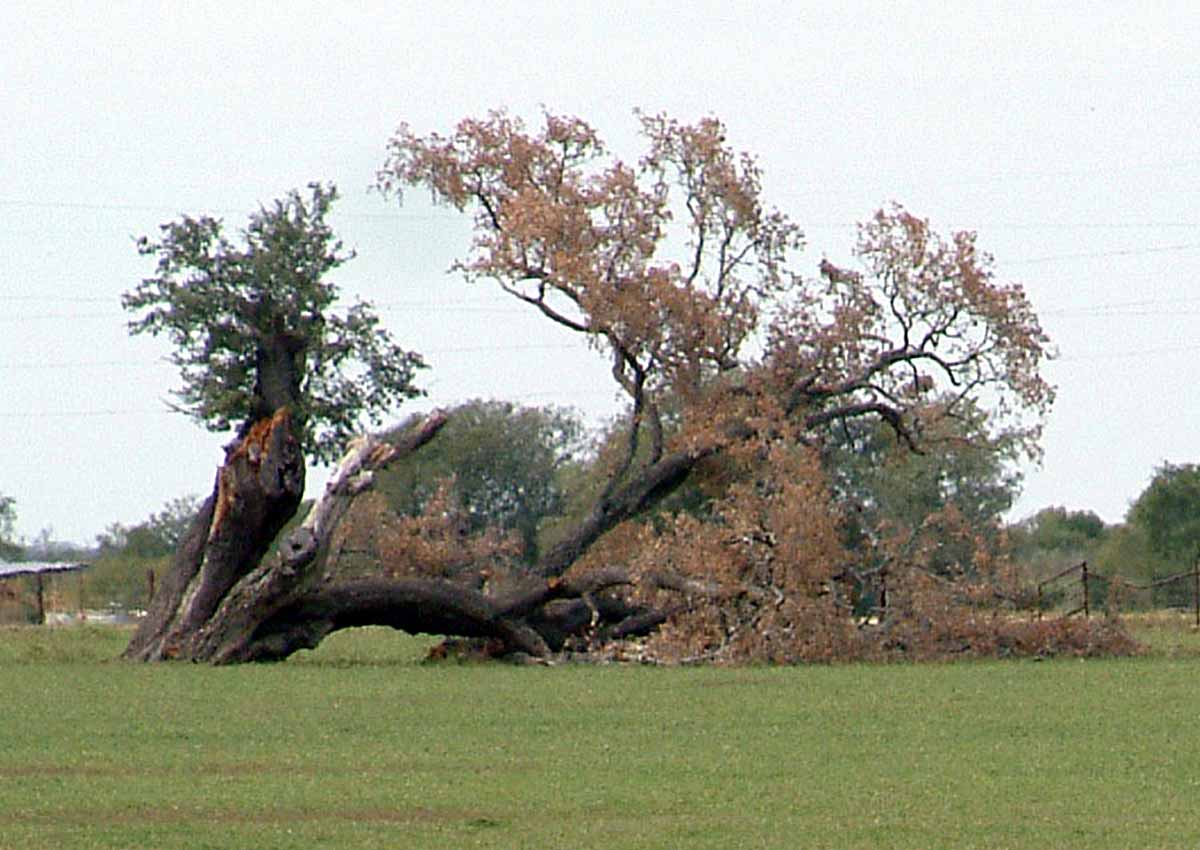 In 1842, when the first boundaries of Guadalupe County were drawn, the Gonzales Road was established as it southern boundary. That boundary became a disputed issue when Wilson County was created in 1860. The Texas Legislature resolved that dispute between Wilson and Guadalupe County in 1874. The Road was replace by a straight line. The Road meandered back and forth across that line.

Neither county was interested in its maintenance; it was enclosed within private property. The Oak continued its vigil along a road that disappeared.

Before it fell, the Deaf Smith Oak witnessed the Texas Revolution and the emancipation of African slaves that labored under its branches. It stood silently as the Wild West, entered and left the stage.