The End of the Road for the Southern Plantation

In the mid 1800s, the centuries long march of the Southern plantation made its way to the eastern edge of San Antonio. Here, along the banks of the Cibolo Creek, Southern planters faced a series of challenges they would not be able to overcome. Mexicans were intolerant of slavery. What rain fell around San Antonio was unpredictable and not nearly as plentiful as the coastal plains. The rocky Texas Hill Country and Edward’s plateau did not have the deep black soil found in East Texas. The people, climate, and even the land seemed to conspire to undermine slavery’s expansion west.

For decades, the Southern states had fought the federal government to enforce their ownership of slaves. They wanted to force free states to return runaway slaves to their owners. In 1850, Congress passed a new Fugitive Slave Act. Escape to a free state by a runaway slave no longer guaranteed liberty. While the United States made multiple attempts to compel Mexico to sign a fugitive slave treaty, they consistently refused. It was the steadfast belief of the Mexican government that any slave, upon stepping on Mexican soil, was freed from bondage.

The difference in attitude between the Mexican government and Texas planters created something of an underground railroad. This was of particular significance to the planters near San Antonio. Regular trade between San Antonio and Mexico was largely conducted by Mexican oxcart drivers. Many of them were sympathetic to the plight of runaway slaves. This made San Antonio a major hub on the underground railway, and made it more difficult to prevent the escape of runaways from the area. 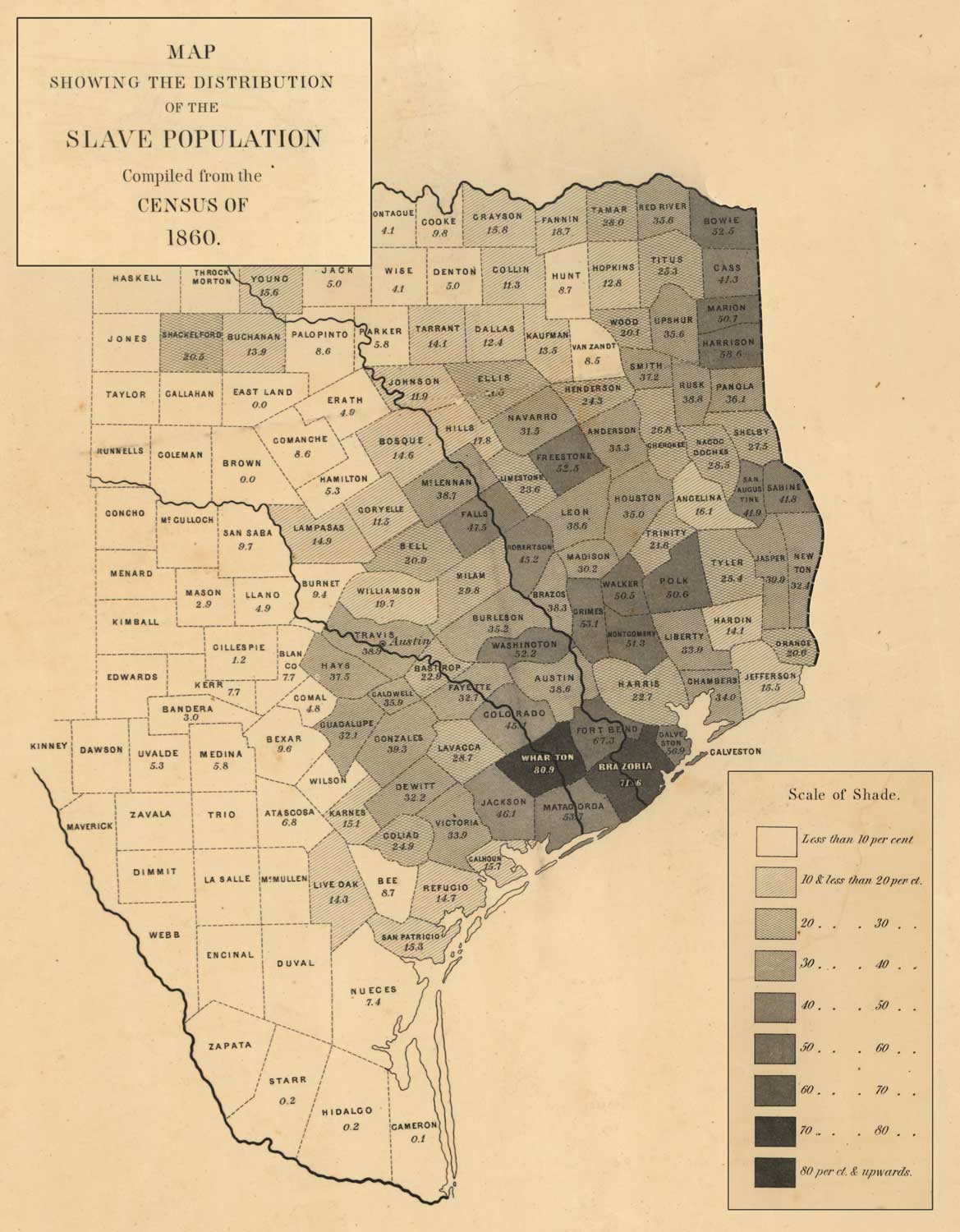 Planters east of San Antonio organized to combat the threat of runaway slaves, or the worse threat of a slave revolt. To this end, they used their considerable influence in the Texas Legislature and San Antonio city government. They caused the creation of harsh tools to punish runaways and any who would help them. These tools came in the form of the terrible slave patrols and San Antonio’s slave ordinance. These tools only allowed plantation slavery to exist along the Cibolo Creek. They were not enough to see it prosper like elsewhere in the state. The use of these tools also sowed divisions that would outlast the Civil War and emancipation.

On the eve of the Civil War, slaves accounted for more than 80% of the total population in Wharton county. In contrast, less than 10% of those living in Bexar county were slaves. In 1860, fifty-one Texans each claimed to own more than one-hundred slaves, but none of them lived in Bexar or the surrounding counties. Only Robert W. Brahan (59 slaves) and J.D. Wyatt (42 slaves) lived in the area and claimed more than 40 slaves. Nearly all of the slaveowners in the area had five or fewer slaves.

Plantations Along the Cibolo Creek in 1860

The map below details the holdings and approximate locations of those planters in the area who claimed five or more slaves in the 1860 U.S. Census. Those marked in red are the operations recognized by most historians as true ‘Southern plantations’ because they claimed to own twenty or more slaves.