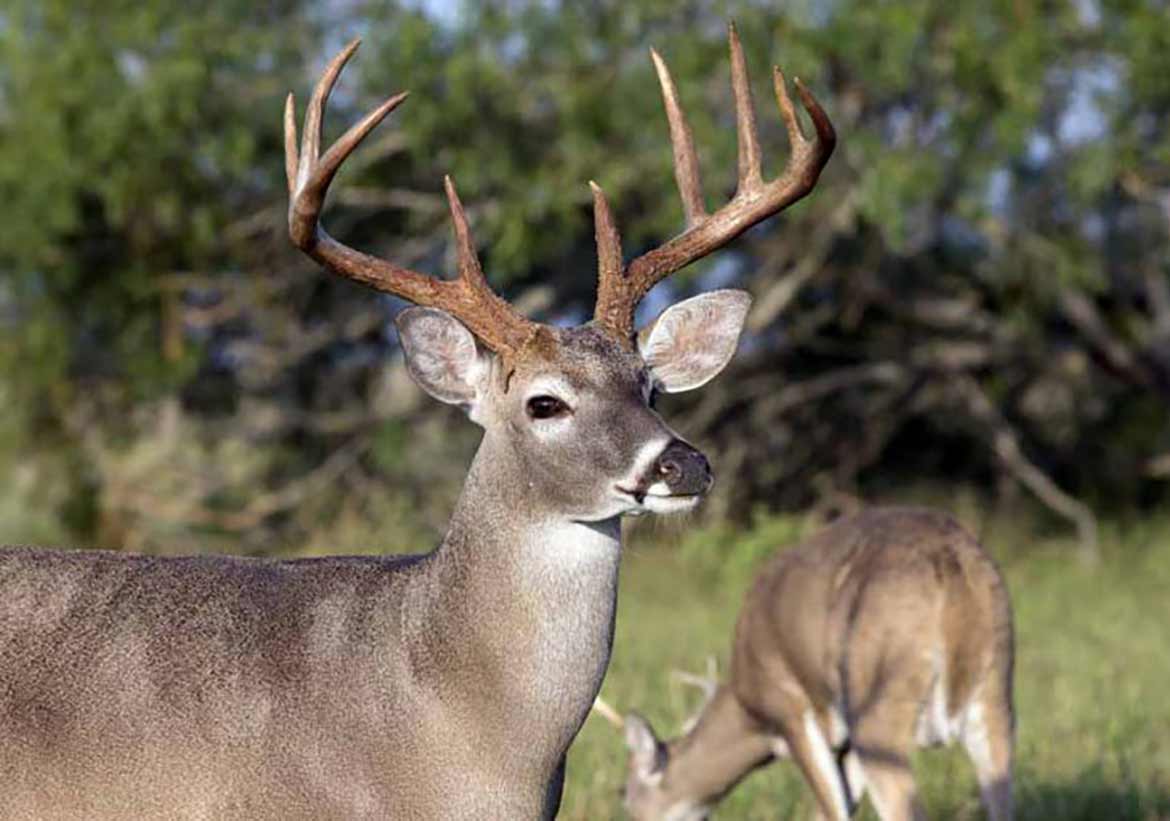 Early Spanish explorers identified and named the watersheds east of San Antonio. “The Cacaista”, like the Calaveras, Chupaderas, Rosillo, Salado, Ecleto and Cibolo was among those watersheds. These lands were used for grazing by the Spanish mission ranches during the 18th and early 19th Century.

In 1860, these settlers were in the portion of Bexar County taken to form Wilson County. Wilson County Commissioner’s Court identified the location of settlers, voting sites and brand recordings with reference to watersheds. They specifically use the term “Cacaista” in their recordings for the area. When settlers applied for a post office, correspondence with the Post Office Department used the term “Cacaista” to describe its location.

Usually, the first sign of a community was a mercantile or trading post followed by a church, cemetery, a blacksmith shop, a school and then a post office. Kicaster followed a similar course of development. However, the creation of a school may have been the initial point of the community’s creation.

In 1872, Johns James, the legendary Texas land speculator, conveyed to the community elders a plot of land measuring 100 by 200 varas (about 3.5 acres), for the purposes of “School, Religious, and Moral Meetings.” A school was built on the property and named the Union School. Before the name “Kicaster” was used, the community was known as the “Union School Community.” 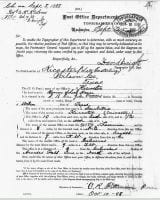 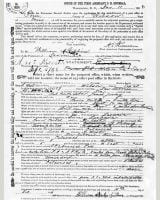 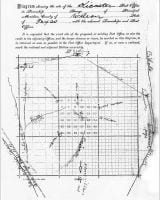 Before the railroad, countless ox carts, mule trains and wagons delivered freight to San Antonio from the Texas Gulf port of Indianola. By 1877, the roads east of San Antonio to Indianola had become an interconnected network of alternate parallel routes.

This network of roads, which included the old La Bahia Road (later Goliad Road) that followed the San Antonio River, was crucial to the United States Army supply depot in San Antonio. This depot supplied the forts in Texas. Many of these forts protected the lower transcontinental route through El Paso on to San Diego, California. This strategically important road also connected Chihuahua, Mexico with the Texas Gulf.

Settlers Settle on a Name

“Cacaiste” entered the Spanish language as an Aztec word. For the Aztecs, “Cacaxtli” is a kind of basket. When the word was incorporated into Spanish, it became “cacastle or cacaiste.” The word has since evolved and entered modern usage for describing trophy deer in Mexico and South Texas with especially well-developed “basket” shaped antlers. “El Cacaiston” is the term used to describe a legendary and elusive grand trophy buck.

Newspaper accounts from the mid 1870s refer to the community as Cicaster or Kicaster. However, in late 1886, when William A. Gibbins submitted an application to the Post Master General for a community post office, he proposed the name “Tom.” The application stated that the post office would serve a population of “300 to 400 inhabitants.” In August of 1887, the post office was established under the name Easterling. In August of 1888, the name was changed to Kicaster. The subcontractor for the mail route was James Irving who would bring mail from Lavernia. The post office was discontinued in 1906.

Stores owned by Chester Pittman and James Aldridge operated briefly in the community. Just west of the community, in Bexar County, W. P. Camp operated a cotton gin from 1882 to 1902.

Settlers were often a part of several communities. Some might identify with a church or school in one community and reside within or close to another. Additionally, all of these communities relied on San Antonio as a market for their goods and a place to purchase staples.

Chester Rockwall Pittman is one such example. At one time postmaster and storeowner in Kicaster, Wilson County, he also served as Justice of the Peace across the boundary in Bexar County. He is also associated with nearby Adkins, the now extinct 1890s railroad community. His home was near St. Hedwig where Pittman Road bears his name.

In 1885, the San Antonio and Aransas Pass Railroad began service through the village of Calaveras approximately nine miles to the southwest. In 1894, the San Antonio and Gulf Shore Railroad began service to the flag stations of Adkins and Carpenter approximately eight miles north of Kicaster. The communities near the railroads grew while more remote communities like Kicaster faltered or disappeared.

The school continued to serve the scattered population of a large surrounding area. It was dismantled in the 1940s.

A cemetery, surrounding farms and a historical marker bear testimony to the existence of old Kicaster. The store Kicaster Corner, a volunteer fired department and growing residential development, attest to its transition to a suburb of San Antonio.

The Express says: The Sutherland Springs correspondent of the Herald, of this city, speaks of the “Cacaista,” a romantic channel that begins in the lower edge of Bexar County, and runs through the post oaks and black jacks into the San Antonio River. It is apparently an ancient bed of a river. The width is about three hundred yards; the sand of its bed has been drifted into little mounds, around which are to be found wild cherry and dwarf cedar bushes. The wear and tear of years have sloped the banks from much of their course; but at intervals of half or three-quarters of a mile, can still be seen bluffs of red sandstone, worn by rain and wind into columns, and pierced with caves, the home of wolves, panthers, etc. Wild cattle, wild horses, wild hogs, panthers, wolves, catamounts and leopard cat abound in the region, lying only nine miles west of a thickly settled country.”

We understand that the citizens living near the head of the Kicaster, have recently opened a road direct from the settlement to San Antonio. As it would shorten the route from this place to San Antonio about three miles, we suggest the idea to open a road from Sutherland Springs to this new Road.

RAIN, WIND, HAIL – Great Damage to Crops – Trees Uprooted and Fences Blown Down” “ …Shortly after 2 o’clock (PM), the first monition of the coming storm was given by a sullen rumbling of thunder in the northwest, and the sky, which had in that direction previous to this moment, presented a comparatively clear appearance, suddenly became overcast with dark and threatening clouds. In a few moments the hoarse roar of the tornado could be heard… …Striking Wilson County on its northwestern border, among the high and barren sand ridges of Cicaster, the tornado had a lonesome journey till it struck the settlements of the freedmen in the grass pond colony, thence keeping almost a due southeast course, with a breadth of two miles, it played havoc with the fine crops growing in the settlement where live those worthy citizens, Messrs. Cooper, Neal, Prichett, Young, Vidal, Shinn, Whitley and many others from whom no report has been received. The next settlement struck was that of the Carmichaels and Elkins, where fences were blown down and corn and cotton beaten into the ground by the hail. Crossing the Cibolo where the fine farms of the Mayes and McDaniels are situated, it appears to have been more destructive than elsewhere, as the fine crops on these valley farms are represented as literally ruined. Mr. James McDaniel had his gin house almost completely destroyed…

July 2, 1880, caught up in the  violence that visited the area Richard Neasom of Kicaster murdered his uncle Milton J. Bean, also of Kicaster, and then travelled to Lavernia and murdered the town doctor and postmaster James H. McMahon.

In addition to the above listed newspapers, Bexar and Wilson County records were used to compile this narrative.

We are indebted to Henry and Elfie Edwards, who in 1975, created a forty-page publication: “We Came – Kicaster.” The publication includes responses to a questionnaire submitted to the Texas Historical Commission in an application for designation of Kicaster as an historic site. A narrative that includes family stories and genealogies is included in the publication. The Texana Department of the San Antonio Public Library holds a copy of this publication.